The Decline of Civility

Walter E. Williams
|
Posted: Aug 10, 2016 12:01 AM
Share   Tweet
The opinions expressed by columnists are their own and do not necessarily represent the views of Townhall.com. 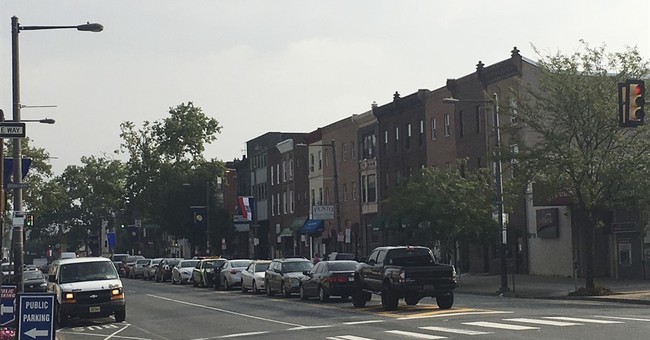 One of the unavoidable consequences of youth is the tendency to think behavior we see today has always been. I'd like to dispute that vision, at least as it pertains to black people.

I graduated from Philadelphia's Benjamin Franklin High School in 1954. Franklin's predominantly black students were from the poorest North Philadelphia neighborhoods. During those days, there were no policemen patrolling the hallways. Today close to 400 police patrol Philadelphia schools. There were occasional after-school fights -- rumbles, as we called them -- but within the school, there was order. In contrast with today, students didn't use foul language to teachers, much less assault them.

Places such as the Richard Allen housing project, where I lived, became some of the most dangerous and dysfunctional places in Philadelphia. Mayhem -- in the form of murders, shootings and assaults -- became routine. By the 1980s, residents found that they had to have window bars and multiple locks. The 1940s and '50s Richard Allen project, as well as other projects, bore no relation to what they became. Many people never locked their doors; windows weren't barred. We did not go to bed with the sound of gunshots. Most of the residents were two-parent families with one or both parents working.

How might one explain the greater civility of Philadelphia and other big-city, predominantly black neighborhoods and schools during earlier periods compared with today? Would anyone argue that during the '40s and '50s, there was less racial discrimination and poverty? Was academic performance higher because there were greater opportunities? Was civility in school greater in earlier periods because black students had more black role models in the form of black principals, teachers and guidance counselors? That's nonsense, at least in northern schools. In my case, I had no more than three black teachers throughout primary and secondary school.

Starting in the 1960s, the values that made for civility came under attack. Corporal punishment was banned. This was the time when the education establishment and liberals launched their agenda that undermined lessons children learned from their parents and the church. Sex education classes undermined family/church strictures against premarital sex. Lessons of abstinence were ridiculed, considered passe, and replaced with lessons about condoms, birth control pills and abortion. Further undermining of parental authority came with legal and extralegal measures to assist teenage abortions, often with neither parental knowledge nor parental consent.

Customs, traditions, moral values and rules of etiquette are behavioral norms, transmitted mostly by example, word of mouth and religious teachings. As such, they represent a body of wisdom distilled through the ages by experience and trial and error. The nation's liberals -- along with the education establishment, pseudo-intellectuals and the courts -- have waged war on traditions, customs and moral values. Many people have been counseled to believe that there are no moral absolutes. Instead, what's moral or immoral is a matter of personal convenience, personal opinion, what feels good or what is or is not criminal.

We no longer condemn or shame self-destructive and rude behavior, such as out-of-wedlock pregnancies, dependency, cheating and lying. We have replaced what worked with what sounds good. The abandonment of traditional values has negatively affected the nation as a whole, but blacks have borne the greater burden. This is seen by the decline in the percentage of black two-parent families. Today a little over 30 percent of black children live in an intact family, where as early as the late 1800s, over 70 percent did. Black illegitimacy in 1938 was 11 percent, and that for whites was 3 percent. Today it's respectively 73 percent and 30 percent.

It is the height of dishonesty, as far as blacks are concerned, to blame our problems on slavery, how white people behave and racial discrimination. If those lies are not exposed, we will continue to look for external solutions when true solutions are internal. Those of us who are old enough to know better need to expose these lies.