Wallace Henley was born two days before the attack on Pearl Harbor on December 5, 1941. After serving as a White House aide during the Nixon administration, Henley went on to become an award-winning journalist for the Birmingham News in Alabama. He is the author of more than twenty books, including God and Churchill with Jonathan Sandys, Winston Churchill’s great-grandson. Henley has led leadership conferences around the globe. He has been married to his wife, Irene, for more than fifty years. They have two children, six grandchildren, and four great-grandchildren. His latest book, Two Men from Babylon: Nebuchadnezzar, Trump, and the Lord of History, is available wherever books are sold. 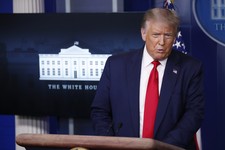