Wallace Henley
|
Posted: Aug 24, 2020 12:00 PM
Share   Tweet
The opinions expressed by columnists are their own and do not necessarily represent the views of Townhall.com. 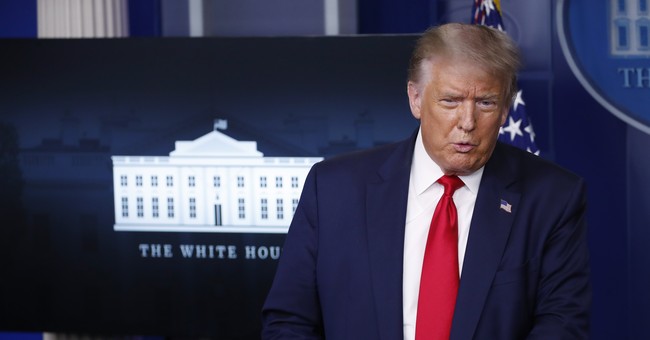 Last week Democrats selected Joe Biden as their nominee for president. Both Trump and Biden are positioning themselves as deliverers of our nation and positioning each other as the destroyers of America and American values.

The Democratic convention allowed us to hear Trump’s opponents accuse him of trashing everything from Christianity to the Constitution. Trump’s supporters do see him as a great deliverer, recovering the nation from the leftist ideologies destroying America. They remember the words of Barack Obama, who said just days from his election: “We are five days away from fundamentally transforming the United States of America.”

In today’s political and philosophical jungle and its entanglements, it’s hard to figure out who may be destructive of civilization and who would bring down everything we care about.

Sometimes it’s easier to discern the best candidate by looking at the forces that oppose them. It’s easy to think the 2020 race is about Trump vs. Biden, but the real opponent running against Trump in November is the “LSPS Church.”

“LSPS” stands for the four ideological pillars of Trump’s opponents: Left, Secular, Progressivist, Socialism. I call these four pillars a church because, as US Supreme Court Justice Hugo Black noted in 1961, “secular humanism” is a “religion” among those that “do not teach…  a belief in the existence of God.”

The tenets of the “LSPS Church” have been referred to as America’s new “state religion” since they are embraced by so many in the establishments who set the national consensus and shape the culture. Meanwhile, generations are being propagandized in educational institutions to see the progressivist worldview and its many doctrines as the great hope for the future — almost messianic.

To grasp the ideas inherent in the system, we must look briefly at the four words:

This term refers to the position of the “LSPS Church” on the philosophical spectrum. Dennis Prager, an Orthodox Jewish rabbi and scholar, asked: “Why is the Left hostile to Western civilization?” Prager said that “after decades of considering this question, the answer, I have concluded, is: Standards.” The Left hates standards, continued Prager, “because when there are standards, there is judgment. And Leftists don’t want to be judged.”

That attitude, however, demolishes the contributions a good civilization can make to humanity. So, said Prager, religions based on the Bible “affirm a morally judging God,” something that the Left sees as “anathema. . . . For the Left, the only judging allowed is Leftist judging of others. No one judges the Left. Neither man nor God.”

This word applies to the theological/spiritual aspect of the “LSPS Church.” Secularism is the outright rejection of God as the foundation of true civilization. Humanist Manifesto II (1973) described it this way: “No deity will save us; we must save ourselves.”

In his introduction to the book to Jordan Peterson’s 12 Rules for Life, Dr. Norman Doidge, an MD, said it all when he observed that without the belief in a transcendent ideal, we are “unchaperoned” and “left to our own untutored judgment, we are quick to aim low and worship qualities that are beneath us.”

This word refers to the policy context of the “LSPS Church.” At the heart of Left Secular Progressivist Socialism is the faith that the state can produce the ideal society of the movement’s dreams. “Government has been growing steadily and rapidly since the dawn of the Progressive Era,” wrote lawyer and scholar James Ostrowski. “It is inevitable,” he said, that “under progressivism, the state will grow until it controls everything and absolutely . . . a totalitarian state.”

This term expresses the aim of the “LSPS Church.” Writing shortly after the assassination of Abraham Lincoln, historian Orestes Brownson almost prophetically summed up socialism and where it would lead. “Humanitarian democracy [or the ‘social democrats,’ as he called it] . . . which scorns all geographical lines, effaced all individualities, and professes to plant itself on humanity alone, has acquired by the [Civil] war new strength, and is not without menace to your future. . . . The humanitarian [i.e., socialist] presently will attack distinctions between the sexes; he will assail private property, as unequally distributed….  There is [in “humanitarian” socialism] inequality, therefore injustice, which can be remedied only by the abolition of all individualities, and the reduction of all individuals to the race, or humanity, or man in general. He can find no limit to his agitation this side of vague generality, which is no reality, but a pure nullity, for he respects no territorial or individual circumscriptions, and must regard creation itself as a blunder.

This leads to “a dreary tableland of featureless social equality . . . from which not only God seems to have disappeared, but even old-fashioned individual man is lacking.”

Sustaining American civilization requires committing to the values that arise from the transcendent worldview. As Russell Kirk, an important 20th century scholar, said, “Through Moses, prophet and lawgiver, the moral principles that move the civilization of Europe and America and much more of the world first obtained clear expression.”

Yet the values the “LSPS Church” rejects are the very standards of healthy civilization expressed in the Ten Commandments, the beliefs of our Founding Fathers, and the tenets of our founding documents.

In light of Donald Trump’s accomplishments in protecting religious freedom in his first term, fair and objective historians in the future might see him as one of America’s great presidents. Certainly the “LSPS Church” recognizes Trump’s effectiveness, which is why they are coming against him with everything they have.

Adapted from TWO MEN FROM BABYLON: NEBUCHADNEZZAR, TRUMP, AND THE LORD OF HISTORY. Copyright © 2020 by Wallace Henley. Published by Thomas Nelson. www.TwoMenFromBabylonBook.com