The Latest Mega-Struggle in the Balkans: China, Russia Move To Make Monumental Gains at Western Expense

Vladimir Krulj
|
Posted: Jul 07, 2020 12:01 AM
Share   Tweet
The opinions expressed by columnists are their own and do not necessarily represent the views of Townhall.com. 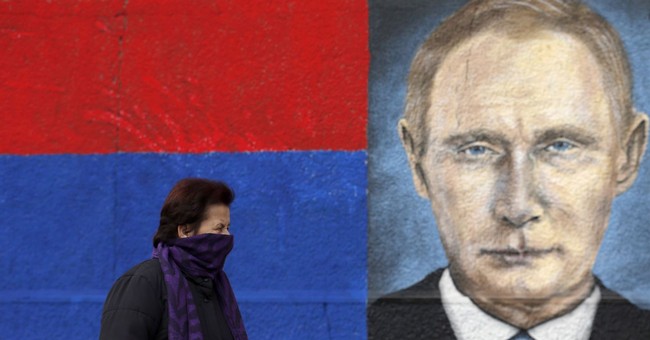 More than a century after the assassination of a Serbian archduke helped trigger World War I, the fate of the West will again be deeply impacted in the Balkans. Today’s critical issue involves the ongoing aspirations of Serbia, North Macedonia, Albania, and Montenegro to join the European Union.

Why do we paint the matter of their accession in such monumental terms? It might hardly seem paramount amid pandemic and ideological upheavals.  Even in the context of the EU, it could seem of secondary importance to Brexit. Nor is it a new discussion. The lure of EU membership has dangled before these nations for decades, with delays and deferrals protracted by questions as to their conformance to EU standards involving rule of law, anticorruption, and civil liberties.

For these Balkan nations, EU membership has compelling economic advantages. Right now, as their GDP languishes well under half the EU average, there is significant popular support for accession. At the same time, it is crucial for both the EU and the U.S. that these nations prosper as a direct result of membership in the Western alliance, for a simple reason. If the EU doesn’t spearhead prosperity in the Balkans, there are others who will.

Those others are, of course, China and Russia, both already well-invested in the area. For China, the Balkans are an ideal foothold for expanding economic influence in Europe. For Russia, Europe’s “soft underbelly” is a ready frontier (where even Stalin never held sway) for advancing Putin’s dream of revivified empire. Both outcomes are disastrous for Western civilization.

China and Russia have competitive advantages over the EU since there are no socio-political strings attached to doing business with them. They also have a keen understanding of the post-Communist sensibility in the Balkans, which, ironically, better positions them to exploit the privatization of state holdings in these countries.

In and of itself, EU membership won’t resolve the competitive struggle with China and Russia in favor of the West. That’s obvious from the example of Hungary. In 2012, eight years after joining the EU, Prime Minister Orban announced an “Eastern Opening” to shift trade focus from Western Europe to Asia. In 2015, Hungary became the first European nation to formally agree to China’s One Belt, One Road (OBOR) initiative.

The EU faces the same identity problem in the Balkans as in Hungary. For all the prerequisites of EU membership, Hungary is not democratic, while, at least in Croatia, corruption remains widespread with no consistent recourse to the rule of law. The coherence of the accession process is fundamentally muddied when we ask what basis there is to exclude a country like Serbia when equally problematic societies like Hungary and Croatia are members in good standing.

Reports from Croatia (admitted in 2013 and currently EU President) are daunting. One French holding company reports that a team of Hungarians employed to install a video surveillance system was kidnapped in Split and confined for 24 hours. This, because the company declined to hire a much more expensive Croatian competitor. In numerous such instances, this company found no resolution in arbitration as cases typically stretch on for Kafka-esque durations.

Given such realities among current and prospective members, the EU has to find a way to both solidify and grow, while still making good on its mission to mandate democratic values. A formidable balancing act, indeed, but aggressive Chinese and Russian incursions in the region leave no choice.

The EU must first rethink its basic approach. For years, it’s been able to exert control over nations like Albania and North Macedonia by merely teasing them with the prospect of membership. Most recently, member states agreed to green-light accession talks with both countries, predicating that decision on the need to enhance trans-national cooperation during the COVID-19 crisis. (To be sure, the pandemic is a double-edged sword – enhanced cooperation, but also easy pretexts for authoritarian, anti-Brussels politicians to impose specious “emergency” measures.)

Another factor will also be decisive: the role the U.S. chooses to play. American economic and political support is necessary if the EU is to wrest meaningful commitments regarding civil liberties and rule of law while achieving a Western antidote to adversarial economic interests in the region. The June 21 election in Serbia, giving President Vucic full and by any democratic standards questionable control, underscores this need for renewed American commitment, especially as accession talks with Serbia were largely stymied with the war crimes indictment of Kosovo president Hashim Thaçi.

Alas, signals from the U.S. only encourage the Chinese and Russians in their ambitions. Most recently, removal of U.S. troops from Germany sent exactly the wrong message at exactly the wrong time. Germany, with France, are the EU’s nerve centers. This arbitrary, senseless slap at Germany signals lack of concern, lack of confidence, lack of commitment.

Worse, those U.S. troops are slated for redeployment to an EU nation, Poland, whose current government is hostile to Brussels. Trump’s announcement was a clear (albeit ineffective) message of support for embattled president Andrzej Duda who faces a July 12 runoff election. Which side should any country in Europe be on when it’s no longer clear which side Americans are on?

Under such circumstances, why not China? Why not Russia?

Dr. Vladimir Krulj is the Economics Fellow at the Institute of Economic Affairs, London.