Digital Tax Fight Not Yet Over

Veronique de Rugy
|
Posted: Nov 15, 2018 12:01 AM
Share   Tweet
The opinions expressed by columnists are their own and do not necessarily represent the views of Townhall.com. 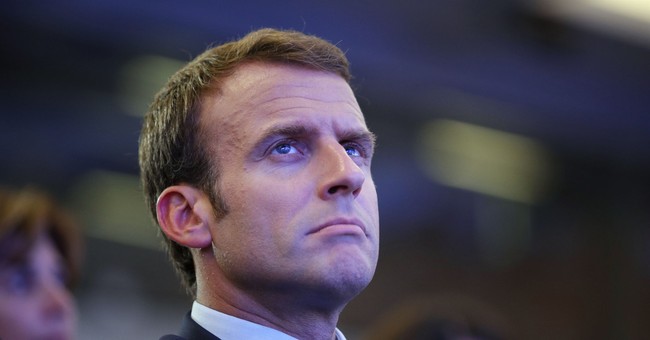 Indications suggest that the Paris-led effort to impose EU-level taxes on cross-border digital services has stalled. Opponents correctly painted the effort as a blatant tax grab against American tech giants like Facebook, Google and Amazon -- noting also that it would apply to revenue, rather than profits. But it was the objection by low-tax EU nations like Ireland that has apparently scuttled the effort to pass the plan in December. Just don't think for a second that the fight is over.

The EU argues that value in the digital industry is created by "user engagement" and that taxes should therefore be collected on a destination instead of origin basis. This is always the preferred approach of high-tax governments because it thwarts tax competition from other jurisdictions. But if companies can't benefit by seeking tax-friendly environments, then there's less competitive pressure on governments to keep tax rates at reasonable levels. This pressure, however, is of vital importance for spendaholic bureaucracies that never use new revenue for debt reduction but for more payoffs to greedy special interest groups.

European schemes to undermine tax competition are nothing new. Often, they use international bodies like the G-20 and the Organization for Economic Cooperation and Development (OECD) to give their bullying of low-tax jurisdiction the veneer of legitimacy. These organizations always claim to be fighting the oft-exaggerated boogeyman of terrorism, money laundering or tax evasion -- but every so often, the mask slips.

Consider the OECD's recent revival of "blacklists" to pressure jurisdictions into adopting the preferred policies of big government welfare states. When the OECD first declared war on tax competition in the early 2000s, its efforts were widely condemned as a violation of fiscal sovereignty. It has since worked to slowly but steadily expand its power and erode international opposition to the point that it has made a new blacklist targeting nations for offering citizenship in exchange for investment in their local economies and openly admits that maintaining a low tax rate on personal income is one of the criteria considered for inclusion on the list.

The response of U.S. politicians to the EU's attempted tax grab thus raises some concern. While appropriately critical of the tax itself, both Treasury Secretary Steven Mnuchin and House Ways and Means Chairman Kevin Brady, R-Texas, recently released statements suggesting that a primary objection to the EU tax -- and a similar proposal from the UK -- is that it preempts an effort underway at the OECD to establish a global standard.

Turning to the OECD to protect U.S. companies is like asking the mob for protection after an attempted mugging.

The same EU countries behind these terrible tax plans dominate the agenda of the OECD. If all that is accomplished is forcing them to wait until the OECD bureaucratic process plays out, American companies and the global economy will still lose in the end.

Until American politicians are willing to fight the agenda at that level and stop funding the OECD so long as it works against tax competition, U.S.-based firms can count on being targeted again in the future. It is worth noting that there is something masochistic about the United States being the OECD's largest contributor, providing over 20 percent of the organization's annual budget only to have it consistently work to undermine market principles the United States claim to adhere to.

Until then, for a sneak peek of what's to come if these threats are not taken seriously, look no further than a recent proposal by German Finance Minister Olaf Scholz, welcomed by the OECD, for a global minimum corporate tax. Once implemented, there would be significant pressure for such a plan to expand and cover individuals as well, paving the way for the harmonized tax system that high-tax nations have long sought in order to ensure no one can escape their excessive taxation.