Trent Lott is entering his 33rd year of service in the United States Congress on behalf of the people of the State of Mississippi. A champion of a strong national defense, he remains dedicated to encouraging economic growth and protecting Americans’ economic security by getting government off their backs and out of their pocketbooks.

Seven Presidents have known both his cooperation and his opposition, for he has kept Mississippi and his country ahead of partisan and personal concerns.

As the House Republican Whip in 1981, he forged the bipartisan alliance that enacted President Ronald Reagan’s economic recovery program and his national security initiatives. Part of the reason for this and other victories was Congressman Lott’s creation of the House of Representative’s first modern whip organization, focusing on regular member-to-member contacts and extensive outreach to sympathetic Democrats. Counting votes, building coalitions, and moving legislation were things he seemed born to do, and he genuinely enjoyed the process.

Elected to the Senate in 1988, he was a member of the group of pro-growth stalwarts who opposed the tax increase forced on President Bush in 1990. When he became the Senate’s 16th Majority Leader in 1996, he again put his coalition-building skills to the test and, along with House Speaker Newt Gingrich, enacted the historic welfare reform bill of 1996.

The next year, Lott, Gingrich and congressional Budget Committee chairmen John Kasich and Pete Domenici together produced an historic budget and tax cut agreement that limited some federal spending. But more important, it created new incentives to save and invest, thereby stimulating the economic growth that brought the federal budget into balance for the first time since 1968.

As the Republican Leader during the first two years of President George W. Bush’s administration, Senator Lott led the fight for passage of the President’s tax cut package, the President’s landmark education reform bill, the largest increase in defense spending since the Cold War, the most significant trade legislation in a decade, and the resolution supporting the President on military action in Iraq.

During the Senate’s lame duck session of November 2002, Senator Lott, drawing on his experience as a legislative negotiator, reached the compromises that created the Department of Homeland Security.

For 16 years in the House of Representatives and 16 years in the Senate, Trent Lott has been a driving force behind America’s military success. He has been instrumental in bolstering America’s military recruitment, retention and overall readiness. In 1998 he led the charge for the first pay raise in a decade for military men and women. His leadership has led to the development for the 21st Century of a new generation of Navy vessels to maintain America’s pre-eminence at sea.

He has worked with the Pentagon to advance Mississippi’s prowess in shipbuilding and weapons construction as well as the state’s strategic location for its numerous military installations.

In 1998 as the Senate’s Majority Leader, he led a Senate delegation to visit the leaders of Poland, Hungary and the Czech Republic and thereafter led the Senate to ratify NATO’s expansion to those nations.

The Senator for Mississippi

Senator Lott's top priorities for the State of Mississippi are its schools and its transportation system, the keys to the state's continuing economic progress and expanded job opportunities. Senator Lott helped secure major transportation projects like Interstate 69, now under construction, which will bring much needed commerce to the economically-challenged Mississippi Delta. He continues efforts to bring Mississippians more veins of interstate commerce by supporting proposals to build Interstate 14 through South Central Mississippi, Interstate 22 through the rapidly-expanding Northeast Mississippi region and Interstate 85 in East Mississippi.

Senator Lott has helped double federal research funding for Mississippi's public universities which has enabled a new generation of Mississippians to build a brighter future. He is especially supportive of university research programs that can both enhance the academic curriculum and help create new private industries within Mississippi. Recognizing Senator Lott’s exemplary legacy of leadership through public service and in education, the University of Mississippi in Oxford named its leadership institute, designed to cultivate leadership qualities in a new generation of Mississippians, for Senator Lott. The University of Southern Mississippi in Hattiesburg recognized Senator Lott’s efforts in economic development by naming its Center for Excellence in Economic Development and Entrepreneurship for him. This center will help train professional economic developers who will help Mississippi win jobs, as Senator Lott has done.

Senator Lott's focus on economic development and job creation was instrumental to Nissan Motor Company's selection of Canton, Mississippi, for its $1 billion automotive manufacturing facility. This has brought 6,000 manufacturing jobs to Central Mississippi and an estimated 30,000 jobs for suppliers around the state. Senator Lott has helped make Mississippi a destination for aerospace jobs. He convinced Lockheed Martin to place a state-of-the-art space satellite manufacturing facility at NASA's Stennis Space Center in Hancock County, providing over 500 high-tech jobs at one of the nation's most promising space-related installations. More recently, Senator Lott’s advocacy led to Rolls-Royce’s selection of the space center as its first engine testing facility outside the company's native Britain and the expansion of its existing marine propulsion facility in Jackson County. With Senator Lott’s leadership, Mississippi is now a center for the manufacture of unmanned, drone aircraft. Northrop Grumman in Pascagoula, with strong encouragement from Senator Lott, has selected Mississippi as its site to manufacture its two outstanding unmanned aerial vehicles: Fire Scout and Global Hawk. These two cutting-edge systems are giving our forces an unmatched edge in the War on Terror, and providing hundreds of good-paying, skilled jobs for Mississippians.

In the 109th Congress, Senator Lott chairs the Surface Transportation and Merchant Marine Subcommittee within the Committee on Commerce, Science and Transportation, which oversees improvements in the administration of highway, rail and maritime transportation and safety. He also chairs the Rules and Administration Committee and the Joint Committee on Printing. In 2004, he was elected chairman of the Joint Congressional Committee for Inaugural Ceremonies, becoming the first Mississippian to oversee the inauguration of the President of the United States, including the swearing-in ceremony and the traditional inauguration luncheon. Senator Lott is a senior member of the Finance Committee, which oversees social security, tax and health care policy, serves on the Joint Committee on Taxation, and is a member of the Select Committee on Intelligence

Born on October 9, 1941, the only child of Chester and Iona Lott, in the little town of Grenada, Mississippi, Trent Lott’s early years were shaped by the no-nonsense values of hard-working parents in hard-working times. More than once, his family moved to take advantage of a job opportunity and a chance at a better life. He grew up in a home where frugality countered economic uncertainty and where personal advancement had to be based on personal achievement.

When his family set down roots in the port city of Pascagoula, where his father was a pipefitter and his mother taught elementary grades, Trent Lott attended a public school that would later bear his name. He received his Bachelor of Science in Public Administration in 1963 and his Juris Doctorate in 1967 from the University of Mississippi in Oxford. 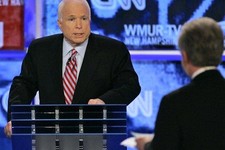