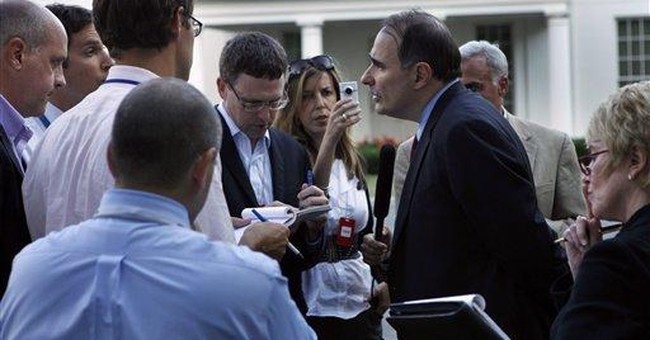 As the politicians who support the president's health care plans escape back into Washington from America -- and as the politicians who oppose the president's health care plans leave their safe redoubt in the heartland and go once more behind the lines into the hostile territory of the Federal Triangle -- only one thing is certain: We don't know the end of this story.

Virtually every congressman's congressional votes reflect -- to different degrees -- each of those considerations. While that may sound cynical, it is just realistic. Sometimes a variation on that theme may seem noble. Consider the closing remarks on President George H.W. Bush's tax increase and budget proposal by Leon Panetta back in 1990, when Panetta was Democratic chairman of the House Budget Committee: "Deficit reduction is the only proven tool for assuring long-term growth. ... Rise above your regional interests. Rise above ideology and partisanship, and cast a vote for the greater good of the country."

I cite those words for two reasons. First, the great congressional fight over Bush's 1990 tax increase may be a better model for how this year's health care fight may play out than the over-cited 1993-94 Clinton health care bill. And second, for amusement's sake -- as it is unlikely that any leading Democrat in 2009 (considering the administration's almost $10 trillion in new deficits) is going to be making Panetta's argument that only deficit reduction can lead us back to prosperity.

The symmetry between then and now is noteworthy. In 1988, Bush won his presidential election, inter alia, on the promise of "read my lips, no new taxes." Once in office, he proposed tax increases to reduce the deficit. (Deficit reduction had long been an argument for Republican tax increases that Bush had promised to resist.)

The senior congressional leadership of both parties supported the tax increase. But the liberals opposed it as too regressive (didn't soak the rich enough), and conservatives and some moderates, led by my old boss Newt Gingrich, who was the House minority whip, opposed it because it raised taxes at all.

There was great national drama. The president's men and the congressional leadership went to Andrews Air Force Base to negotiate the "historic" solution to our deficits, and a polarized nation watched. The deal was cut in the Oval Office a few weeks later, and only Newt walked out rather than support the tax hike.

But despite the fix being in, the House defeated the deal when Newt led 105 Republicans in a rebellion against it -- joined by liberal Democrats who opposed it from their point of view. Conservative and liberal voters were pleased with the performances of their members.

But that time, the Washington establishment held. The leaderships and the president diddled with the details; Panetta and the others made their speeches urging members to forget principles and constituents and vote "the national interest"; and on a second vote, Oct. 28, the tax hike passed.

Before the vote, Ed Rollins, leading the National Republican Congressional Committee, split with the president and advised members, "Do not hesitate to distance yourself from the president." He later wrote: "My job was electing Republicans to the House. George Bush and his tax deal made that impossible. Now my job was to see how many we could save. ... Guys who didn't think they had a race were all of a sudden fighting for their lives. ... (We thereby) saved 15 incumbent seats that otherwise would have gone down the drain."

Now, in September 2009, following a summer of public fury at the health care plan, once again it is deal-cutting season in Washington. This follows President Barack Obama's 2008-09 arguments on a health care proposal his liberal wing liked (more or less as close to universal coverage and single-payer as he could get to).

The Democrats now face the same electoral dilemma the GOP did 19 years ago: If they break with their president and hand him an embarrassing defeat on his signature domestic issue, his job approval numbers will slip badly, and the single best re-election factor for congressmen of the president's party is high job approval for their president.

Back then, the will of both the conservative Republican and liberal Democratic voters was defeated by the Washington deal, leading eventually to the crackup of the Republican Party and the election of Bill Clinton, which satisfied neither conservatives nor liberals.

While opponents of President Obama's health proposals have had a good summer, the final round of the fight is just beginning. Their opposition has to be white-hot for the remainder of the season if they are to defeat the grinding pressure on congressmen of the Washington deal.