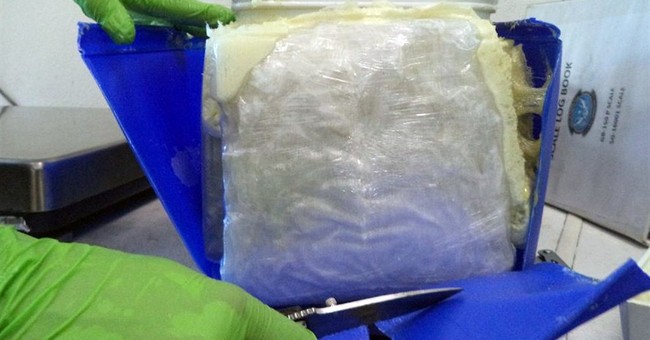 There were so many people buying “breakfast bags” of heroin from street dealers one Philadelphia morning, the traffic came to a standstill — and the dealers cursed at anyone who dared honk.

So recounted Lou Gentile, a former undercover operative for the Pennsylvania State Police Organized Crime Unit, as he told me about the pervasiveness of America's heroin epidemic.

“In the past, heroin addicts tended to be street users who stood on street corners in impoverished areas,” said Gentile, now CEO and founder of CSI Corporate Security & Investigations in Monaca. “Today, addicts include soccer moms, business executives, high school kids with money to spend and people from every walk of life.”

Most have one thing in common: Their addiction began with a prescription medication, such as OxyContin, a morphine-like drug.

“The problem is that some physicians have no concept of addiction and are prescribing pain medication at unreasonable quantities,” said Gentile, “and others, ‘pain docs,' are abusing their authority.”

Once addicted, many users switch from prescription drugs to street heroin.

“They switch because street heroin is easier to source and significantly less expensive,” said Gentile. “It's about 10 percent the cost of prescription medication, which can cost up to $80 a pill.”

The easy availability of low-cost street heroin does not bode well for addicts or for society.

Like any drug, the more heroin the addict uses, the more he needs to experience the same high. If the addict stops using, he'll go through a world of hurt: depression, nausea, jitteriness and extreme flu-like symptoms.

Most addicts can't bear the symptoms, so they keep getting more heroin.

Those with money have the means to fund their death spiral. The odds are that they'll keep buying more heroin until they finally overdose fatally — as happened to actor Philip Seymour Hoffman a year and a half ago.

Those who lack the funds frequently steal from family members or break into homes and businesses to fund their next fix — a bank a half-mile from my suburban home has been robbed four times in the past 18 months by heroin-addicted young men.

The only hope for all addicts is that they get professional counseling and make it through a few weeks of painful detox. Even under the best-case scenario, they will be addicts for life.

“The mental addiction to opiates will be there forever, and relapse is not uncommon,” said Gentile.

Those who fail to make it through detox — or relapse after detox — face dire consequences. In 2012, Allegheny County had 288 overdose deaths — well up from 22 in 1984. The Allegheny County Medical Examiner's Office estimates that the number has jumped 25 percent in the past few years. USA Today reports that the U.S. suffers more than 44,000 fatal heroin overdoses every year.

So, how do we address this epidemic?

Physicians need to be better educated on the risks involved when prescribing pain medication. It would be helpful, too, to establish a central prescription repository, so that patients will be flagged if they attempt to get multiple pain medications from several doctors.

Most importantly, if you are at a party and someone offers heroin to you, leave. It is possible to become an addict the very first time heroin is used.

To those who think they can use this incredibly addictive and destructive drug in a recreational manner, Gentile offered words of wisdom from a recovering addict he knows: