Todd Starnes
|
Posted: Mar 09, 2016 4:26 PM
Share   Tweet
The opinions expressed by columnists are their own and do not necessarily represent the views of Townhall.com. 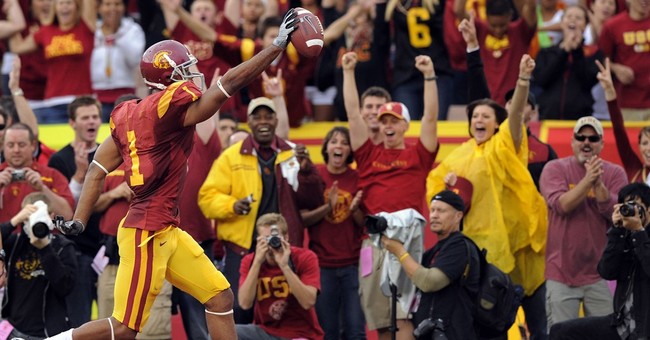 There’s a witch hunt underway for conservatives at the University of Southern California – and Jacob Ellenhorn appears to be Public Enemy No. 1.

Ellenhorn is a student senator at USC and president of the College Republicans. He is also an outspoken conservative.

And that’s a big problem among his fellow student lawmakers at USC.

Ellenhorn is facing possible impeachment – accused of all sorts of tawdry behavior – like publicly expressing his conservative opinions and (brace yourself) inviting high-profile conservative speakers to campus.

“It seems like freedom of speech and freedom to express your views is not allowed by the University of Southern California student government right now,” he told me.

Ellenhorn accused liberal students of engaging in a “witch hunt” and committing “institutionalized discrimination against me and my views.”