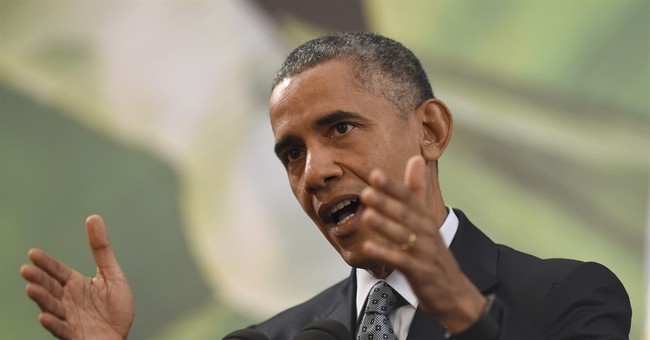 The nation was forced to endure yet more pious prattling from President Obama this week who spent time berating Americans who are worried about Islamic jihadists hell-bent on blowing us all to kingdom come.

“When individuals say that we should have a religious test and that only Christians – proven Christians should be admitted – that’s offensive and contrary to American values, the president said – just one day after he called such behaviorun-American.

What’s offense and contrary to American values is refusing to properly investigate those wanting to come to our nation – especially those coming from regions that are hotbeds of Islamic extremism.

But the president says such prudence only further enflames the Islamic jihadists.
...