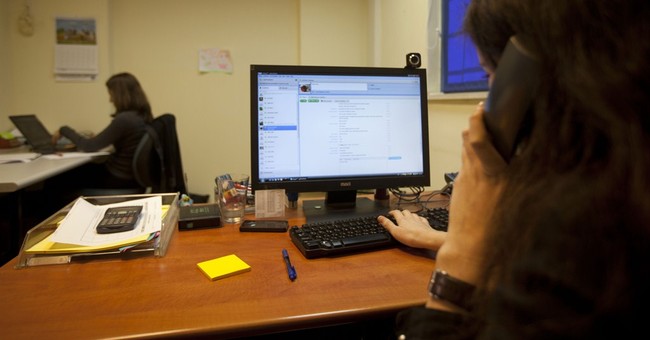 As we enter this golden age of tolerance and diversity, the nation’s gay rights community is sending a warning message to Americans: If you don’t support gay marriage, you don’t deserve a job.

Apparently, Brendan Eich did not get that message. He’s the former chief executive officer at Mozilla, the technology group that gave us the Firefox Web browser.

Eich resigned under a firestorm of controversy after it was revealed he had donated $1,000 in support of California’s Proposition 8, a ballot initiative that protected traditional marriage.
It’s unclear who outed Eich. But that really doesn’t matter. Once his donation was revealed, supporters of gay marriage launched all-out war.

The Wall Street Journal reported that OKCupid, the popular online dating website, asked its followers to stop using Firefox. The wireless company Credo Mobile gathered more than 50,000 signatures on a petition calling for Eich to resign.

“Those who seek to deny love and instead enforce misery, shame and frustration are our enemies and we wish them nothing but failure,” the letter stated.

Why not demand that those who oppose gay marriage relinquish the right to own property? Why not take away their right to vote? Why not take away their children? Why not just throw them in jail? Why not force them to work in chain gangs? Why not call for public floggings? Or better yet, let’s just strap them down on gurneys, stick a needle in their arm and rid the world of these intolerant anti-gay bigots once and for all.

Eich won’t say he was forced to resign, but based on the company’s press release, it’s safe to say his days were numbered.

“Mozilla prides itself on being held to a different standard and, this past week, we didn’t live up to it,” Mozilla Executive Chairwoman Mitchell Baker wrote in a statement.

“We know why people are hurt and angry, and they are right: it’s because we haven’t stayed true to ourselves.”

She went on to opine about freedom of speech and equality. In her estimation, one trumps the other.

“Equality is necessary for meaningful speech,” she wrote. “And you need free speech to fight for equality. Figuring out how to stand for both at the same time can be hard.”

No, not really, Ms. Baker. Our Founding Fathers sort of worked that out in the Bill of Rights.

I write about this very issue in my upcoming book, “God Less America.” There are pages and pages filled with stories of workers and business owners who’ve either lost their jobs or faced public floggings for their support of traditional marriage.

The left does not believe people who oppose gay marriage should be allowed to engage in the democratic process. And they have a proven track record of intimidating and bullying those who do.

Just ask Angela McCaskill, the chief diversity officer at Gallaudet University. She was suspended after she signed a petition in her church to put a gay marriage referendum on the ballot in Maryland.

Just ask Scott Eckern, the former artistic director of California Musical Theatre. He resigned under pressure after he gave money to support Prop 8. As one activist told The New York Times, “I do believe there comes a time when you cannot sit back and accept what I think is the most dangerous form of bigotry.”

Just ask our nation’s top military officials. They were called into President Obama’s office and told that if they could not support “Don’t Ask, Don’t Tell,” they should resign their commissions.

“We were called into the Oval Office and President Obama looked at all five service chiefs in the eye and said, ‘This is what I want to do,’” said Coast Guard Adm. Robert Papp in remarks reported by Buzzfeed.

The road to political correctness is littered with the bodies of folks like Brendan Eich sideswiped by the tolerance and diversity bus.

I trust there are rational and reasonable individuals within the gay rights community who understand the dangers of stifling free speech and expression. But the voices that are winning the day are those who believe gay rights trump everyone else’s rights.

I know this may sound old-fashioned, but gainful employment should not be determined by where you put your reproductive organs.

Tolerance is a b*tch, ain’t it?