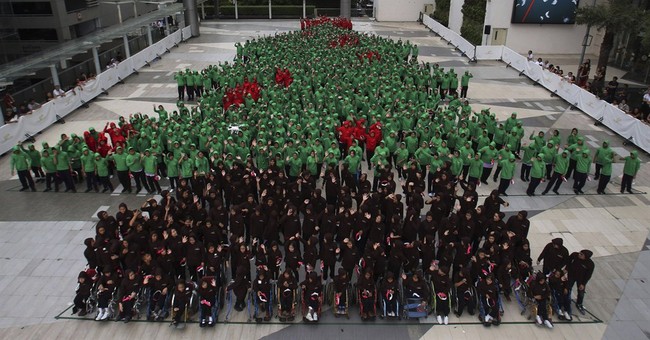 “Brooklet Elementary School’s (BES) holiday traditions and especially those of Christmas are alive and well,” said BES Principal Marlin Baker. Bulloch County Schools nor BES’s administrators have not, nor do they plan to remove any student’s learning experiences about Christmas or any other seasonal holiday.

Unfortunately, today the school was terrorized by an intentional and vicious dissemination of untrue information that disrupted the good work going on inside. Fox News Radio Commentary Host Todd Starnes, acting on misinformation that neither he, nor his media outlet corroborated with the school system or Baker, misreported a story about student Christmas Cards being removed from the school.

For as long as anyone can remember, teachers at Brooklet Elementary School have posted Christmas cards in the hallways outside their classrooms – until Monday.

When boys and girls returned from Thanksgiving break, they discovered that their teachers’ Christmas cards had been removed – under orders from the Georgia school’s administration.

Robb Kicklighter’s wife is a third grade teacher at the school. He said many teachers are disgruntled by the school’s decision to confiscate the Christmas cards.

“They took down the cards so the kids can’t see them,” he told me. “Some of the cards had the word ‘Christmas’ and some had Nativity scenes.”

Kicklighter said the cards were put behind an office door so only teachers could access them.

“It’s really sad because the students looked forward to seeing those homemade Christmas cards every year,” he said. “It’s stirred a lot conversation. This has been a tradition and the kids are wondering what happened to the cards.”

The Christmas card censorship comes as the Bulloch County Board of Education cracks down on religious expression in their schools.

Teachers have been ordered to remove any religious icons or items from their classrooms – ranging from Bibles to Christian music.

Teachers have also been instructed to avoid student-led prayers at all costs. Should they be in a room where students are praying, teachers have been ordered to turn their backs on their students.

“It’s an attack on Christianity,” Kicklighter said. “It seems like every time we turn around, someone is offended.”

Hundreds of outraged residents have joined a Facebook page to protest the crackdown – and many are vowing to attend a school board meeting on Thursday to let school officials have a piece of their mind.

The Board of Education released a statement noting that there are “established legal requirements to which we must adhere.”