Groups Say Religious Liberty in Military is in Danger 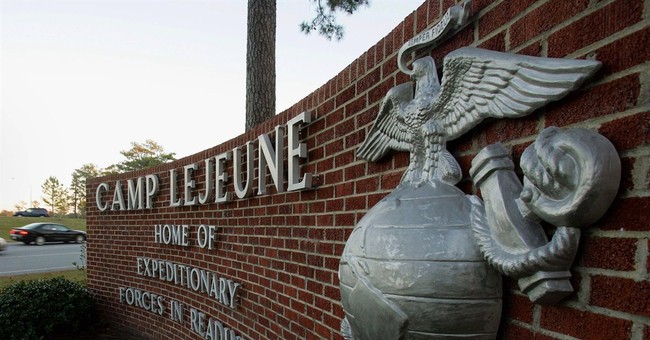 There is a clear and present danger to religious liberty within the military, says a coalition of groups who believe the Obama Administration is pushing a secular, anti-religious culture on the nation’s armed forces.

“Christians who choose to live out their faith find themselves incompatible with the secular view of this administration,” said Tony Perkins, president of the Family Research Council. “We’re establishing a beach head for religious liberty and the evidence points to a very deliberate attack.”

The amendment protects the rights of servicemembers to not only hold religious beliefs but to act on them and speak about them. Fleming’s amendment has bipartisan support but the Obama Administration issued a statement “strongly objecting” to the legislation.

The amendment comes as more than 170,000 Americans signed petitions calling for Defense Secretary Chuck Hagel to protect the religious liberties of military personnel through policies that guarantee those liberties.

“We want to make this the first key battle to restore religious liberty back to the American people,” Fleming told Fox News. “It sets the tone for a broader war to fight back against this government that is infringing on our religious liberty.”

“Unfortunately, pressures to impose a secular, anti-religious culture on our nation’s military services have intensified tremendously during the Obama Administration,” the FRC report states.

“We will stand with servicemembers who wish to exercise their First Amendment rights of religious liberty,” Boykin said. ‘We must do all we can to ensure that our servicemembers have the right to practice the very freedoms that they risk their lives to defend.”

The Family Research Council said it is evidence of an attempt to “scrub the military of religious expression, through which the chilling effect of punishment and potential career destruction lie at the back of everyone’s mind.”

The document, titled, “A Clear and Present Danger: The Threat to Religious Liberty in the Military,” dates back to 2005 when Mikey Weinstein became a major critic of the United States Air Force Academy.

In 2010 Perkins, a Marine veteran and ordained minister was disinvited to address the National Prayer Luncheon at Andrews Air Force Base after he publicly spoke in opposition to the administration’s effort to repeal the ban on open homosexuality in the military.

In May, 2010, Franklin Graham, the son of Billy Graham, was disinvited to the Pentagon’s National Day of Prayer service by the Army because of his comments about Islam.

In July 2011, Christian prayers were banned at military funerals. Rep. John Culbertson R-Tex. said he had “witnessed volunteer members of the honor guard from the Veterans of Foreign Wars being prohibited from using any references to God.”

On Sept. 1, 2011 the Air Force Chief of Staff sent a service-wide memorandum chilling religious speech. “Leaders at all levels must balance Constitutional protections for an individual’s free exercise of religion or other personal beliefs and its prohibition against governmental establishment of religion,” wrote Chief of Staff Gen. Norton Schwartz.

On Sept. 14, 2011 Walter Reed National Military Medical Center issued an official patient and visitor policy banning Bibles. The policy was later revoked after a political firestorm erupted in the House of Representatives.

On Jan. 29, 2012 Catholic chaplains were told not to read a letter from the Archdiocese of Military Services urging them to resist implementation of the HHS contraceptive and sterilization mandate in Obamacare. Instead, chaplains were instructed to read a version edited by an Obama Administration official.

The Family Research Council’s evidence includes the Army labeling Evangelical Christians and Catholics as extremists and banning the sale of military-themed Bibles. The Army ordered a cross and steeple removed from a chapel in Afghanistan and an Air Force officer was told to remove a Bible from his desk.

Coast Guard Rear Admiral William Lee told a gathering in Washington, D.C. that religious liberty was being threatened by Pentagon lawyers and service members were being told to “hide their faith in Christ.”

“As one general so aptly put it – they expect us to check our religion in at the door – don’t bring that here,” Lee said. “Your armed forces, the sons and daughters of the men and women like you – are being told to hide that light under a basket.”

Perkins told Fox News their plan is to let the American public know what’s happening in the military.

“Members of the military are coming to us confidentially with further reports of attacks on religious liberty,” he said. “This is just a sampling of the cases that have been made public.”