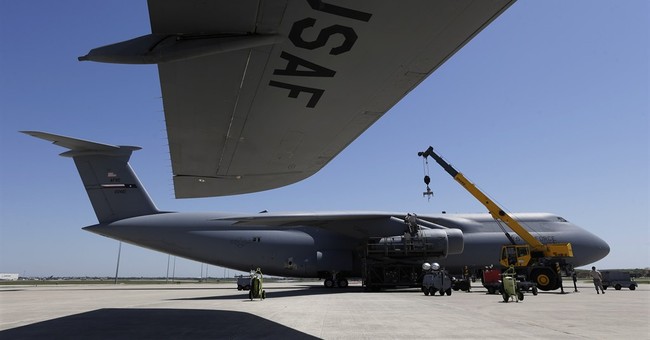 An Air Force spokesperson said personnel are not allowed to proselytize but are free to express their personal religious beliefs so long as it “does not make others uncomfortable.” But a critic pointed out an Air Force officer was told to remove a Bible that was on his desk.

“When on duty or in an official capacity, Air Force members are free to express their personal religious beliefs as long as it does not make others uncomfortable,” Lt. Col. Laurel Tingley said in a statement to Fox News. “Proselytizing (inducing someone to convert to one’s faith) goes over that line.”

Tingley said Air Force leaders “must avoid the actual or apparent use of their position to promote their personal religious beliefs to their subordinates or to extend preferential treatment for any religion.”

That statement has caused alarm among a number of religious liberty groups – including the Chaplain Alliance for Religious Liberty.

“What does ‘As long as it does not make others uncomfortable’ mean,” executive director Ron Crews asked Fox News.

He said last year an Air Force officer was told he could no longer keep a Bible on his desk because it “may” appear that he was condoning a particular religion.

“If that is the standard, then Christianity will be over because there will always be somebody who is uncomfortable no matter what someone’s belief is when it comes to Judeo-Christian beliefs,” he told Fox News. “It appears it is getting more and more difficult to be a Christian and serve in the military.”

“Under President Obama’s military you are no longer allowed to share your faith,” he said – noting that the policy is putting Christians in a tough position. “Do you follow President Obama or do you follow God and the teachings of Jesus?”

“That’s pretty tough when your commander in chief puts you on the horn for that dilemma,” he added.

Fox News asked for a clarification on the Air Force policy after the Dept. of Defense backtracked on whether or not they allow religious proselytizing and whether military personnel could be at-risk for court-martialing if they share their faith.

On Monday, the Dept. of Defense released a statement noting that religious proselytization is not permitted within the department.

But earlier today, the Pentagon released a new statement noting “service members can share their faith (evangelize), but must not force unwanted, intrusive attempts to convert others of any faith or no faith to one’s beliefs (proselytization).”

While religious groups are pleased with the Dept. of Defense clarification – they are troubled by the Air Force position on religion.

Daniel Blomberg, with the Becket Fund, told Fox News he was glad to see the Dept. of Defense issue a clarification, but expressed alarm at the Air Force statement.

“The Air Force spokesman’s statement sounds like the government can ban servicemen and women from talking to one another about their faith,” he said. “And that couldn’t be more wrong. The Air Force must follow the Department of Defense’s example to immediately correct its statement to avoid chilling Airmen and women’s religious liberty.”

Blomberg said the Air Force policy is “unconstitutional and wrong.”

“Our brave fighting men and women should not be reduced to whispering fearfully about their faith by their own government,” he said.

Crews said mandating an Air Force officer not extend preferential treatment from one religion is absurd.

“If an Air Force officer is a Muslim, I would expect that officer to say prayers, attend services and not go to a Catholic mass,” he said. “That is extending preferential treatment, and rightly so.”