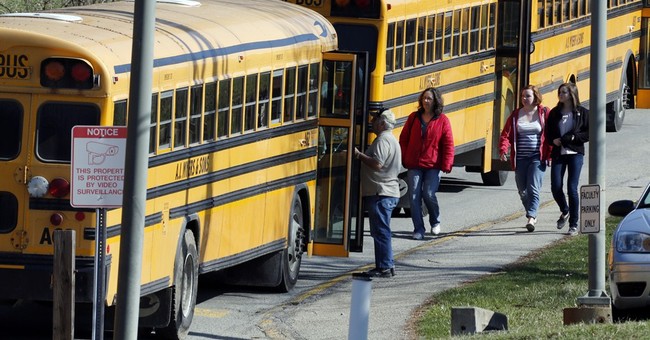 There seems to be a full-court press on to get colleges to "do something" about rape on campus.

But there seems to be remarkably little attention paid to two crucial facts: (1) rape is a crime and (2) colleges are not qualified to be law-enforcement institutions.

Why are rapists not reported to the police and prosecuted in a court of law?

Apparently this is because of some college women who say that they were raped and are dissatisfied with a legal system that does not automatically take their word for it against the word of someone who has been accused and denies the charge.

There seem to be a dangerously large number of people who think that the law exists to give them whatever they want -- even when that means denying other people the same rights that they claim for themselves.

Nowhere is this self-centered attitude more common than on college campuses. And nowhere are such attitudes more encouraged than by the Obama administration's Justice Department, which is threatening colleges that don't handle rape issues the politically correct way -- that is, by presuming the accused to be guilty and not letting Constitutional safeguards get in the way.

Anything that fits the "war on women" theme is seen as smart politics in an election year. The last thing Attorney General Eric Holder's Justice Department is interested in is justice.

The track record of academics in other kinds of cases is not the least bit encouraging as regards the likelihood of impartial justice. Even on many of our most prestigious college campuses, who gets punished for saying the wrong thing and who gets away with mob actions depends on which groups are in vogue and which are not.

This is carried to the point where some colleges have established what they call "free speech zones" -- as if they are granting a special favor by not imposing their vague and arbitrary "speech codes" everywhere on campus.

The irony in this is that the Constitution already established a free speech zone. It covers the entire United States.

Have we already forgotten the lynch mob atmosphere on the Duke University campus a few years ago, when three young men were accused of raping a stripper?

Thank heaven that case was handled by the criminal justice system, where all the evidence showed that the charge was bogus, leading to the district attorney's being removed and disbarred.

If all the current crusades to institutionalize lynch law on campuses across the country were motivated by a zeal to protect young women, that might at least be understandable, however unjustified.

But those who are whipping up the lynch mob mentality have shown far less interest in stopping rape than in politicizing it. Many of the politically correct crusaders are the same people who have pushed for unisex living arrangements on campus, including unisex bathrooms, and who have put condom machines in dormitories and turned freshman orientation programs into a venue for sexual "liberation" propaganda.

They laughed at old-fashioned restrictions designed to reduce sexual dangers among young people on campus. Now that real life experience has shown that these are not laughing matters, the politically correct still want their sexual Utopia, and want scapegoats when they don't get it.

There is a price to pay for allowing unsubstantiated accusations to prevail, and that price extends beyond particular young men whose lives can be ruined by false charges. The whole atmosphere of learning is compromised when male faculty have to protect themselves from accusations by female students.

People today are amazed when I tell them about a young African woman who had just arrived in America back in 1963, and who was so overwhelmed by everything that she fell far behind in my economics class. I met with her each evening for an hour of tutoring until she caught up with the rest of the class.