Do Elections Matter to Obama?

Terry Paulson
|
Posted: Jan 09, 2017 12:01 AM
Share   Tweet
The opinions expressed by columnists are their own and do not necessarily represent the views of Townhall.com. 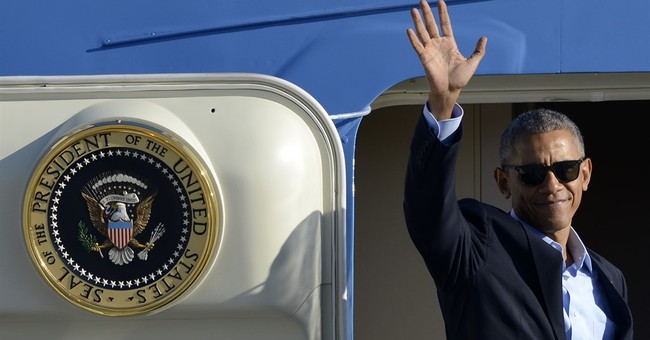 In January 2009, Barack Obama, soon to become president, boasted, "Elections have consequences – and at the end of the day, I won." After Hillary Clinton was defeated, the President met with President-Elect Donald Trump. Obama resisted commenting to reporters on Trump’s cabinet appointments, saying, "I think it is important for us to let him make his decisions. The American people will judge over the course of the next couple of years whether they like what they see."

According to Obama’s staff and outside experts alike, the Bush administration reportedly went out of its way to make President Obama’s transition as seamless as possible. They helped new officials get security clearances and provided training exercises for many critical teams. Stephen Hess of the Brookings Institution said, "I'm not sure I've ever seen an outgoing administration work as hard at saying the right thing. This is really quite memorable.”

President Obama seems unwilling to make his handoff as smooth. After realizing that the incoming President and the 115th Congress are already working to undo much of his progressive agenda, his actions seem to be sending a very different message. Facing threats of repealing his healthcare law, initiating a tax overhaul, and reversing many of his burdensome environmental regulations, President Obama is refusing to go quietly into retirement.

He’s franticly initiating last minute efforts to protect his “legacy” and "box in" his successor. He’s met with Democrats to plan how to fight the repeal or replacement of the Affordable Care Act. In an effort to preserve his environmental mandate, this lame-duck president declared more than 1.5 million acres of land in Utah and Nevada to be “national monuments.” Instead of applying sanctions to Russia for their invasion of Crimea or their unabashed support for Syria’s Assad, he waits until the waning days of his administration to lock in sanctions over their hacking of John Podesta’s computer.

It’s clear that he doesn’t want this election to matter! President Obama’s UN representative refuses to veto a one-sided resolution criticizing Israel, our greatest ally in the Middle East. He’s recently signed agreements with Canada banning offshore oil drilling in the Arctic and the Northeast. His administration has authorized the scrubbing of the database of Muslims with connections to terrorists at the Department of Homeland Security.

The Warrior Monk, Chirrut, in the popular movie, “Star Wars: Rogue One,” is probably best known for his fight scenes and mantra, “I am one with the force. The force is with me.” But Chirrut, played by Donnie Yen, has an uncanny ability to assess people after talking to them for about five seconds. Imprisoned with Cassian, the Rebel Captain, who seems plagued by guilt and trapped in his Rebel mission, Chirrut makes a timely observation, “There is more than one prison. I think you carry yours wherever you go.” Obama seems to be trapped in his own vision.

When Obama came to office and had a Democrat controlled Congress, he didn’t even bother to involve Republicans in a bipartisan approach to improving healthcare and protecting the environment. He took the easy route and pushed through what he knew was best. Now, a new president promises a new direction. But when you’re trapped in a belief that “you know better” than voters and your ego is tied up in the “legacy” you’ve created, it’s hard to let go. Yet the voters have spoken. Yes, “elections have consequences.”

How much wiser for President Obama to challenge Democrats to work constructively with the new administration to negotiate the best compromises possible. Unilateral changes that overpower political adversaries seldom last. Why sow the seeds of revenge when what politicians say they want are lasting results that will make America great again. Work together where you can; resist where you must.

Will the Republicans use their control of the executive and legislative branches to ram through partisan solutions without even inviting Democrats to join the deliberations? If they do, their “legacy” may suffer the same fate as Obama’s partisan “transformation.” Don’t let the past have an automatic veto, but don’t let that stop you from taking the best from the past, even if Obama helped create it. Work together where you can; take a stand where you must.

Hopefully, President Trump will not forget “The Art of the Deal” in his attempts to make America great. Deals take dialogue from both sides; may it be so.