Demand More from Our Media and Our Candidates 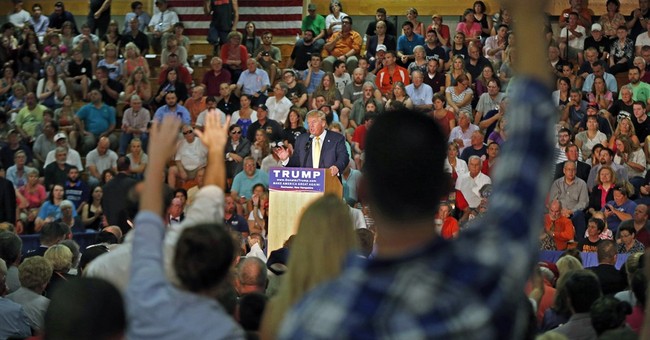 In an American Way interview, Jan Hubbard addressed why Marshawn Lynch, the Seattle Seahawk superstar running back, so hates football interviews, “Simply put, interviews about football are like tacklers. Lynch likes neither.”

Today’s presidential candidates must feel the same way about campaign coverage. After watching the second Republican debate on CNN, it’s more and more obvious that CNN moderators repeatedly tried to pit one Republican after another against each other instead of focusing in depth on the issues Americans care about.

Today’s debate moderators are more like reality show producers. Newt Gingrich recently observed, “We live in an era where personalities fill up space, and Trump had a lot of experience with The Apprentice at playing reality television. So in a lot ways, what you are getting is the “reality” candidate. It’s like it’s a reality show for Trump. I have never seen anybody as capable of being on permanent offense than Trump.”

Ever since our news shows have seen ad revenue determined by ratings, we’re treated to the sensational, the contentious, and the outlandish. None of which is critical for us to know in choosing a president who will lead America for the next four to eight years!

It’s time to demand more of our media and our candidates. It’s easy to be critical of Donald Trump, but he’s just giving the media what it demands—headlines and attacks that capture eyeballs and captivate the ears of those looking for the next disaster, car chase, or campaign shouting match. This year’s coverage has turned into a walking, talking soap opera—“As the Campaign Turns!”

Neil Postman observed in his book, We Are Amusing Ourselves to Death: “We’ve become a nation that has a constant need to be entertained, a short attention span, and an inability to look at anything in depth.”

It hasn’t always been so. In 1858, Abraham Lincoln challenged Stephen Douglas to a “war of ideas;” debates were held in seven locations throughout Illinois. The Lincoln-Douglas debates captivated an electorate eager to make a tough choice. One candidate would take up to an hour to make his case. Their opponent would be given equal time to respond. The first candidate would then have one final half-hour for rejoinder. The electorate listened, the newspapers reported in depth what was said, and citizens were informed on the issues that mattered most.

Polls indicate that Americans have lost respect for our politicians. It’s understandable. The only side of politicians we are permitted to see are their attacks, their defensive comments, their controversial opinions, their unpopular votes on key issues, and their comical misstatements.

Our politicians are better than the caricatures the media create. At campaign events, politicians can be insightful, thoughtful, engaging, and even inspiring. But when covered on the evening news, viewers only see short controversial sound bites with images of supporters carrying controversial signs. What’s highlighted and omitted too often shapes our impressions and our votes.

The current coverage would be comical, if it weren’t so destructive to an informed citizenry. A free press that provides in-depth coverage on the issues that matter most is critical to America’s future.

There are websites like http://www.ontheissues.org/ that compare and contrast candidates on key issues. But few voters will take the time to access in depth research on candidates. It’s time to let parties survey their members on the issues that are most important to them and to schedule five issue-focused debates with their candidates on those very issues. Let the candidates go deep, and let moderators ask questions to clarify and contrast positions.

No voter should ever expect to agree with any candidate on every issue. There are as many definitions of what it is to be a conservative or liberal as there are citizens. But it’s time we demand more from our media and our candidates. Let’s demand the in-depth information we need to make an informed choice in one of the most critical elections in our nation’s history.