Patriotism Applies to Business, Too

Terry Jeffrey  |  Dec 07, 2016
The opinions expressed by columnists are their own and do not necessarily represent the views of Townhall.com.
Top Columns
Trending on Townhall Media 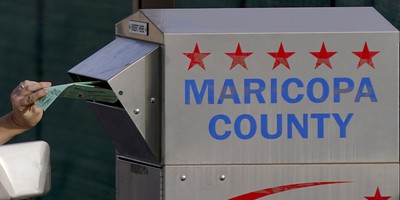 It is your hometown. You have lived there for decades and raised your children there.

A few blocks from your house, in an open-air shopping center, two restaurants sit next door to each other. One is an outlet for a massive chain that is a subsidiary of a public-stock multinational corporation.

It has unisex bathrooms and willfully hires immigrants here illegally to clean them -- and serve food.

The top managers of the corporation that owns the chain have never visited your hometown -- and never will.

The other restaurant is owned by a family that lives in town. They worked and saved for years to collect the capital to start their own business. At least one member of the family can be found working in that restaurant every day of the week -- from the moment it opens to the moment it closes.

They have never employed an illegal immigrant. But they do employ legal immigrants -- as well as local high school and college students.

These old-time American capitalist entrepreneurs are part of your community. Some of their kids (they have several) went to school with your kids. They played football, basketball and baseball together.

All other things being equal, which restaurant would you prefer to patronize? Would you sometimes go to the local family-owned business precisely because you wanted to support that family and what they were doing?

Would you admire and respect what they did? Feel solidarity with them? Want more people like them in your neighborhood, your town, your country?

Now, in this same town, years before you arrived, there were two factories making the same product. Each was owned by a different local family.

When the leader of one of these factory-owning families died, the federal government imposed an estate tax on the family that equaled half the assessed value of the business it had taken them three generations to build. The family had no choice but to sell their business to pay the government its death tax. The only potential buyers were massive public-stock corporations.

One bought the factory and after several years shut it down and moved its production to a country governed (quite literally) by the Communist Party. It partnered there with the Communist government (in a "state-owned enterprise") to manufacture its products using much cheaper labor than available in the United States.

It brought these products back into the United States to sell in competition with businesses that had kept their production here at home.

These included the family-owned manufacturer that still maintained a production facility in your hometown -- and in other towns around the United States. This family-owned business had managed to stay alive and grow. But among the things preventing it from growing even further were the burdens imposed by federal taxation and regulation.

But the family who owned and managed this domestic manufacturer -- unlike their multinational competitors -- felt a loyalty to their God, His moral law, their neighbors, their town, their country and their countrymen.

Their profit margin might have been smaller than it would have been if they had moved their production overseas. But their hearts were bigger.

They understood the need to make a profit and they worked every day to make that a reality. But it was not the only reason -- or even the highest reason -- they were in business.

They brought the same values into their business activities that they brought into every other aspect of their lives.

Whom would you rather buy products from? The multinational or the family?

The examples given here are fictitious but they point to a real dichotomy in the American economy. Massive public corporations are not run like family businesses and with a family's values.

And some government policies in America today discriminate against family businesses -- especially those operated by Americans with traditional values.

Public corporations -- no matter how massive -- do not pay death taxes. The family that owns a successful restaurant or a manufacturing firm will.

Public corporations generally do not have scruples about such things as abortion, same-sex marriage or biological males being permitted to use female restrooms and locker rooms.

Many American families do.

The federal government has been on the wrong side of these things in recent years. Perhaps it will take the right side now.