Secure Our Border and Our Freedom

Terry Jeffrey
|
Posted: Jun 15, 2016 12:01 AM
Share   Tweet
The opinions expressed by columnists are their own and do not necessarily represent the views of Townhall.com. 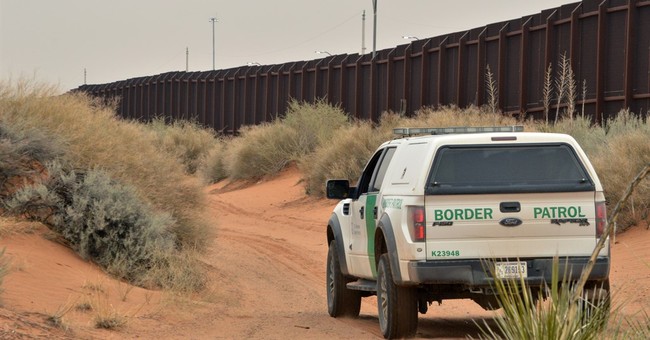 One of the fundamental questions facing Americans today is: Will our government ever secure our border? Judging by recent history, the answer would be: No.

This is one place America must change.

"We need a secure border to stop potential terrorists from entering the nation," House Homeland Security Chairman Michael McCaul said last Thursday at an event sponsored by the Council on Foreign Relations (and televised by CSPAN) at which Republican congressional leaders discussed their national security plans.

The need to secure the border, of course, is obvious. It is also obvious that for years this nation's elected political leaders have declined to take the steps needed to do so. They have left it wide open to people crossing illegally.

"But right now we're catching less than half of what's coming in," McCaul said during his panel with House Judiciary Chairman Bob Goodlatte.

"What Bob and I worry about is: What's coming in that we don't know about?" said McCaul. "And we do know we're apprehending other-than-Mexicans, special-interest aliens from countries of interest that concern us. We're apprehending them. But how many have already gotten into this country? And I think that is one of the biggest concerns."

Yet we do not know who or what is crossing our southern land border.

A nation that does not control its borders cannot be truly secure and cannot have a rational immigration policy.

Securing the border and establishing a rational immigration policy cannot be accomplished without building the physical barriers -- the walls and fences -- needed to stop and deter those who would otherwise illegally cross.

We build effective walls and fences around publicly owned baseball stadiums -- so that people cannot get in unless they have paid for a ticket. We build them around important government buildings -- so people cannot enter until they have been vetted.

Are those walls and fences symbols of an unwelcoming nation or simple acts of prudence?

The victims of an unsecured U.S. border reside both here and abroad. Foreign nationals who wish to immigrate here and pursue the American dream -- but who would never do so illegally -- see some of those who have illegally entered this country rewarded by our government for doing so.

And if establishing a secure border is one place America must change, then there is something we must never change.

This nation is not just a stretch of territory; it is a culture, a set of beliefs. The United States will remain a free and prosperous country so far we remain true to our founding principles and our pioneering spirit of individual initiative and self-reliance.

Our most basic founding principle -- that all men are endowed by God with the right to life and liberty -- was spelt out in the Declaration of Independence, the signing of which we will celebrate this summer for the 240th time.

The most important question facing U.S. politicians today -- not only in immigration and national security policies, but in economic and cultural policies as well -- is whether our children will be able to freely celebrate that same basic principle when the Declaration comes up for its 275th anniversary.