From Plato to NATO in a Dangerous World

Suzanne Fields
|
Posted: Apr 01, 2016 12:01 AM
Share   Tweet
The opinions expressed by columnists are their own and do not necessarily represent the views of Townhall.com. 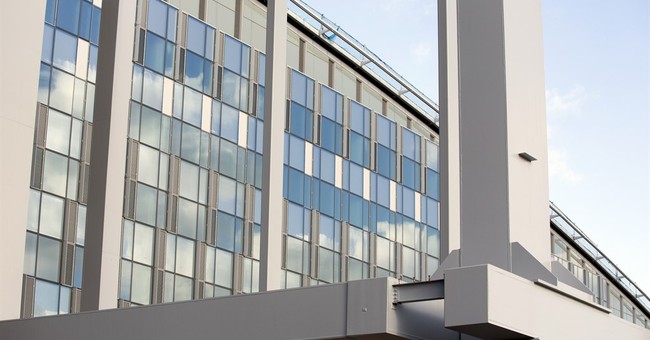 Tempers always run high in the run-up to choosing the candidates for president. Donald Trump, who's leading the Republicans, has been accused of being a fascist out to destroy hundreds of years of accumulated democratic values. Hillary Clinton, the Democrat most likely to succeed, is criticized for building a private email system that could breach national security by rendering classified secrets open to hacking by alien governments.

There's an important debate happening on the campus of one of America's most elite universities: what educated men and women should understand and defend as American values.

It's a reminder of what has been sacrificed to promote political correctness in our culture. Ironically, the debate was ignited by the students, not the professors. Next week, students at Stanford University will decide whether to ask the university to restore a mandatory undergraduate course that was once commonplace on American campuses.

"In recognition of the unique role Western culture has had in shaping our political, economic and social institutions," the student petition declares, "Stanford University should mandate that freshmen complete a two-quarter Western civilization (course) requirement covering the politics, history, philosophy and culture of the Western world."

This course taught how Western thinking was embodied in the principles of the American Revolution, and how Western thinking impacted democracies around the world. They were originally developed for soldiers returning from World War I to teach them and other students about what they had been fighting for and how to continue to defend those things.

Three decades later, these courses were taught to veterans returning from another war. Many learned to think about the profound issues that anchored the nation in a confusing, changing and shrinking world. The affectionate phrase "from Plato to NATO" came about.

Students studied famous works such as the Bible, the classics of ancient Greece and Rome and an array of political, religious and secular philosophers as diverse as Dante, Machiavelli, Voltaire, Darwin, Marx and Freud. Their works were analyzed and debated, examined for pros and cons. But by the 1960s, some students who originally saw the course as a survey of profound literature that connected them to shared American values came to perceive it as divisive and alienating. Many students began to perceive the works of "dead white males" as explanations of racism, sexism and imperialism. The culture's sheet anchor was then eventually shed.

In 2013, Rev. Jesse Jackson led a protest of Stanford students chanting "hey, hey, ho, ho, Western culture's got to go!" These protests not only won the argument on the Palo Alto campus, but they spread destruction like Attila the Hun marching across the Academe. Eventually, students could soon choose from all kinds of replacement courses. But the content of study became diluted, as illustrated in one elective at Stanford that studies the language of food.

This sounds like satire, but it's serious. The good news is that many Stanford students are pushing back; they're trying to restore the fundamentals of understanding what binds us together, rather than celebrating what divides us into insular covens of rage and resentment. The Stanford manifesto calls for the study of a range of works, from Shakespeare's "Julius Caesar" to W.E.B. Du Bois' "Black Reconstruction in America." Texts emphasize different values, such as free speech, due process and equality under the law.

They're meant to open an honest debate about the American heritage and demonstrate how the nation isn't perfect but has been exceptional with key issues, such as slavery, liberating women and harnessing science for communication. Courses on American civilization were never meant to be an indoctrination from the ivory tower; they were meant to teach what English cultural critic Matthew Arnold stressed, that learning is important "to propagate the best that is known and thought in the world."

The implications of this debate even reached into this year's presidential election. Clinton spoke last week about her stance on the latest radical Islamic State terror outrage in Brussels. She emphasized the necessity of NATO -- which Trump sees as obsolete -- but said nothing about why, during her time as former secretary of state, she and President Obama did not fully acknowledge the threat of ISIS. Perhaps she should have taken a Western civ course at Wellesley College all those years ago.

The Stanford debate is an example of how institutions of higher learning lost sight of what's important to teach. Now, students eager to move forward can lead them back to the old debate about what should be important to every American.