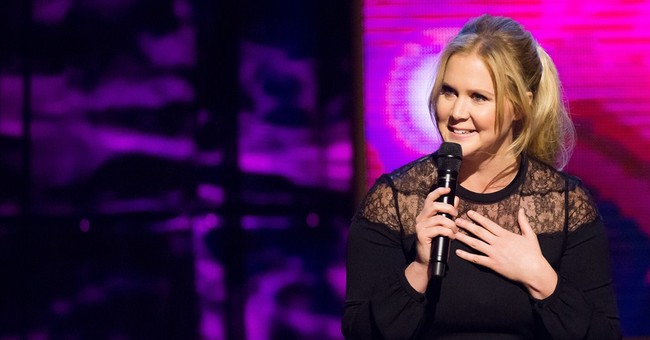 Trending
Any man will tell you that women can't whistle, throw passes or cuss very well. Female cussin' has punch but no authority. But the triumph of modern feminism is that a woman has the right to be as vulgar as any man. No, scratch that. It's not a right, but acceptance (in certain circles) for using verbal vulgarity as crudely as a barroom brawler. We used to call it "giving lip." It was not "ladylike."

Today, a foul-mouthed woman isn't faking it. She's being herself. She's not even imitating men. She has her own brand, using all the taboo words that once were so raunchy a man knew better than to even whisper in her company. The words often run to more than four letters, but the four-letter ones are included. You could start, or not start, with the C-word. "Kitty cat" is a euphemism for one of them. The word for self-pleasuring has grown exponentially graphic on cable television, where anything goes.

Some vulgarisms are written for laughs as much as liberation. It's "defining vulgarity down." Women once had to be accepted at good colleges to be appreciated as having both beauty and brains, and now that's validated in "reality television" and the popular culture. Think Reese Witherspoon in "Legally Blonde." A pretty girl could be witty. You've come a long way, baby, from Martha Raye to Tina Fey.

Reflecting these changes is the latest Hollywood dust-up created by Michael Eisner, former CEO of Disney, who dared tell Goldie Hawn at the Aspen Ideas Festival that there were few Hollywood women who were both as pretty and as funny as she was -- such a combination was rare. He meant it as a compliment, but it was interpreted as the equivalent of Dr. Johnson's 18th century observation that "a woman's preaching is like a dog's walking on his hind legs; it is not done well, but you are surprised to find it done at all."

What galls women in show business is the stereotype of female stars on screens both big and small who are not thought capable of finding an appreciative audience for jokes balancing sexuality and feminism, especially when the mix arrives in unconventional comedy. Lena Dunham, the star of "Girls" on HBO, for example, wants to be as trampy and comic as Charlie Chaplin for the millennial generation. But tramp has new meaning. She plays a depressed college graduate who loves to show her chubby body from various angles, even in the act of love. She's trying to counter Joan Rivers' observation that "men find funny women threatening." They might be funny in bed.

Flash forward to "Inside Amy Schumer," where the star of Comedy Central's third season writes a parody of "Twelve Angry Men, " with a jury debating whether "Amy Schumer is hot enough to be on TV." It has gone viral, naturally. None of the men on the jury are what a hip woman would describe as a "hunk," and one of them says he couldn't find Amy Schumer hot unless he were drunk. Another juror yearns to bring back Marilyn Monroe (who died of a drug overdose).

If there is socially redeeming value in the latest reach in female comedy, it's an underlying message of how the fly-by-night hookups are self-destructive and can turn out nasty. The young adult generation called the millennials, at whom most entertainment is aimed, has grown up in a vulgarized culture of mixed messages. Women cry "rape" as readily as Aesop's shepherd cried "wolf." This is the generation that produced a co-ed at Columbia University who carried a mattress on her back to her classes, and even to her graduation, to protest a "rape" which the university determined had not actually happened.

A new cable reality show satirizes how young women can be manipulated into seeking hollow and vulgarized fame. In the latest episode of "UnREAL," a Lifetime ("the channel for women") show within a show, the producers bring on the abusive former husband of one of the reality characters, which drives her to suicide on camera. It's make-believe, but it carries a powerful moral about the latest television vulgarity, the reality show, which can turn a comic format into tragedy.

Fran Lebowitz once complained to Vanity Fair magazine that there were limits to how high a female comedian could climb to reach "the crass ceiling." In the popular culture, which is real enough, the crass ceiling is shattered, and the climb looks as limitless as the bad taste it tries to satirize. Feminists, like everyone else, should beware of what they wish for.