Wells Fargo is a Bank, Not a Center for Political Activism

Susan Stamper Brown
|
Posted: Sep 13, 2016 12:01 AM
Share   Tweet
The opinions expressed by columnists are their own and do not necessarily represent the views of Townhall.com. 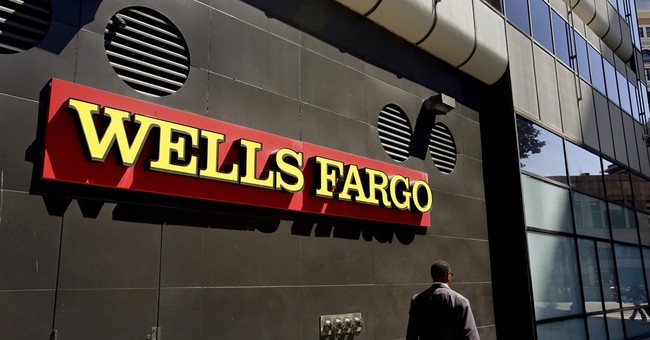 If Wells Fargo was focused on bank charges and interest rates rather than political hot button issues, perhaps they wouldn’t have had to fire thousands of employees for ripping off customers and be liable for millions in fines.

In a recent press release, the Consumer Financial Protection Bureau [CFPB] recounted that Wells Fargo Bank, N.A. will pay “the largest penalty the CFPB has ever imposed,” $185 million, because thousands of Wells Fargo employees “covertly” opened “more than two million deposit and credit card accounts,” transferring funds from consumers’ authorized accounts without their knowledge or consent, often racking up fees or other charges.”

The press release says the employees who engaged in this “widespread illegal practice” were “spurred by sales targets and compensation incentives.” “Spurred” is a little mild, considering that CNN Money reports that a “pressure cooker environment” at Wells Fargo resulted in employees engaging “in all kinds of sordid practices.”

Specifically, approximately 5,300 employees may have opened roughly 1.5 million deposit accounts, transferring funds from consumers’ accounts to temporarily fund the new, unauthorized accounts. The CFPB reports that consumers were “sometimes harmed” from insufficient funds or overdraft charges. But it seems it was a win-win for Wells Fargo for those actions apparently helped the bank meet sales goals and also helped employees earn additional compensation.

Additionally, CFPB says employees applied for “roughly 565,000 credit card accounts that may not have been authorized by consumers, leading to “incurred annual fees, as well as associated finance or interest charges and other fees.” They also issued and activated debit cards and created PIN numbers and fake email addresses to enroll unaware consumers in online-banking services.

All this, while Wells Fargo was simultaneously shoving social issues down consumers’ throats as they’ve done for years.

Last year, in response to an advertisement featuring a lesbian couple, noteworthy Evangelicals like Franklin Graham said they’d had enough and closed out their accounts. Nonetheless, Wells Fargo remained resolute in its activist stance and has the right to do so.

But individuals also have the right to put their money in banks that leave what people do in the bedroom out of the boardroom.

During an interview in 2015 with the San Francisco Business Times, Wells Fargo executive Doug Case said, “…our CEO John Stumpf very frequently will talk about LGBT inclusiveness and, talk about walking the talk…”

Walking the talk? Sure, Wells Fargo repeatedly receives high rankings from the Human Rights Campaign, the largest LGBT advocacy group and political lobbying organization in the United States, the bank’s latest scam is just one in a “string of infractions,” reports USA Today. Wells Fargo “faced or settled four key areas of litigation as of the end of 2015” including FHA insurance claims, Visa and MasterCard interchange fees, mortgage products, and order of posting (overdraft) fees.

So why not try walking the bank talk? Obviously, Wells Fargo has lost its focus. It is easy to do. But when a distraction sidetracks your purpose something’s got to give. Wells Fargo’s forgotten that a bank is not a social experimentation petri dish. It is a financial institution…a bank. Banks lend and borrow money and accept customers’ deposits and pay interest in return. Then they use those funds to lend to other customers. Pure and simple.

Given that 5,300 employees, not just a handful of bad actors, were fired for what boils down to identity theft for profit, Wells Fargo would be better served serving its purpose, rather than investing time and energy bartering in social and political activism.