Susan Stamper Brown
|
Posted: Mar 15, 2016 12:01 AM
Share   Tweet
The opinions expressed by columnists are their own and do not necessarily represent the views of Townhall.com. 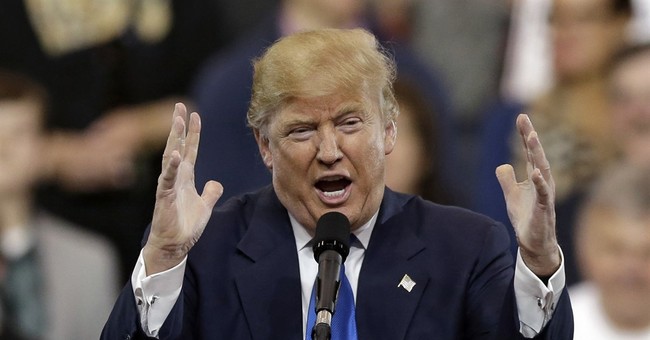 Trending
Left unchecked, anger is as destructive to a nation as it is to individual souls, always beginning with fear and ending with hate.

As hard as this is for me to write on this fine Alaskan afternoon, when I'd rather be outside doing something else, I must get something off my chest after witnessing the riots shutting down a political rally in Chicago on March 11. How do we make sense of this?

How do we make sense of Americans physically attacking each other, and friends and family members turning against one another, in the name of politics? It is impossible to get to the root of the problem if we spend all our time blaming others. It seems we'd be better served looking a little closer to home, reflecting on what's happening inside our own heart. I did. And as a result, I discovered something about myself I did not much like.

Like so many Americans, I've been angry about what's happened to this land I love, which has deteriorated to the point she's no longer identifiable. Rather than praying for those responsible for the mess, I allowed my anger to metastasize nearly to the point of hatred. When I realized how far I'd strayed, my knees hit the floor and I lifted prayers for forgiveness.

If we proceed past what the Bible describes as "righteous anger" -- when we cross the line from "hating the sin but loving the sinner" to hating the sinner - we've journeyed to the dark side, whether we like it or not. That's why some believe it's okay to riot in order to silence free speech, or others have no problem punching the lights out of those with whom they disagree.

In 2008, we watched Barack Obama rise to power on a wave of anger over war weariness and an economic crisis that spread over the United States like a tsunami. People blindly followed their proverbial knight in shining armor bearing glad tidings of hope and change, defending him at any cost, despite warnings from very concerned columnists like me.

Today, we're witnessing a similar scenario multiplied exponentially, now that the anger level's been raised to fever pitch. Formerly "just angry" people are outraged -- while those on the other side of the aisle are equally stirred at GOP politicians and their failed promises to stop the wrecking ball set in motion by the left's faux agent of hope.

How does this end? On one side we have an extremely divisive president who once told supporters to "take guns to knife fights," and defines political opponents as "enemies." On the other side we have a GOP frontrunner who has encouraged supporters to punch protestors and send them out of rallies on stretchers as the Washington Post recently reported.

Healthy debate is necessary for a constitutional republic like America to thrive, let alone survive. We must agree to respectfully disagree with our opponents and be certain to choose our leaders wisely. In the end, politics won't fix what ails our fragmented society. We all must drop the hate and learn to respect our opponents as Jesus directed in Matthew 5: "You have heard that it was said, 'Love your neighbor and hate your enemy.' But I tell you, love your enemies and pray for those who persecute you, that you may be children of your Father in heaven."

Until recently, that is what conservatism was about. Now, rather than rising above the madness, too many Republicans have devolved into the same kind of punch-counterpunch mentality that's been going on between Sunni's and Shia in the Middle East for centuries. And like in the Middle East, the unrest in America will only get worse unless Republicans and Democrats begin to love the children they're leaving this mess to more than they hate their political opponents.