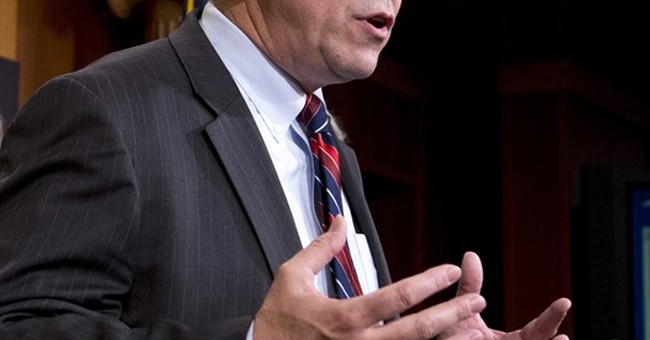 Twenty-three states have legalized pot either recreationally or medicinally with the most well known being Colorado. While many are enjoying their Rocky Mountain High free from the worry of going to jail, the pot shops are hamstrung by our government. Your local, mom and pop pot shop has banking problems. The problem stems from federal banking laws that make it illegal for banks to do business with anyone dealing in a schedule 1 narcotic such as cannabis. Legal marijuana dealers are forced to run a straight cash business. Therefore, the regular banks shy away from all things pot. No credit cards, no checks, no bank accounts, nothing but gym bags full of cold hard cash. What could go wrong with that?

Carrying around that much cash is not a bright idea and may turn some old-time-hippies into gun-toting business owners. Here comes Senator Jeff Merkley (D) from Oregon to the rescue. He is looking to help out his friends. You’ve heard of Big Oil and Big Pharma. His friends are from “Big Bank.” You might think he is out to help the beloved pot shop, but you’d be wrong. Maybe the Senator enjoys a little himself now and then. It’s legal in Oregon, so he can legally toke it up. Being pro-pot is a good position to take if you’re a liberal, and makes for great photo-ops and wins votes. For an Oregon Democrat it’s sort of like singing to the choir. However, that is not really what’s going on. No matter how cool it is to be pro-pot, what’s really going on is that Senator Merkley loves to help Big Bank.

The banking industry would like a piece of the pot brownie pie and if they can get their friend in government (Merkley) to change the rules they can jump in and light it up. The smoky back room deal may give you a buzz in Oregon, but it still stinks of collusion. I’ve done some investigating and written about another side of banking, online loans, also known as the Financial Technology Market (FinTech). FinTech is an alternative way for people and small business to get much-needed loans, without using Big Bank. Internet loans, payday loans, and other forms of lenders make up a $48 Billion chunk of the loan business that Big Bank isn’t getting.

Here comes our friend Senator Merkley again to aid his old friend, Big Bank. As ranking member of the Senate Subcommittee of Financial Institutions and Consumer Protection, Senator Merkley has led the charge to crack down on Internet lending. In the name of consumer protection he has effectively targeted a thriving industry that is meeting the needs of customers all across America. Merkley recently asked the Department of the Treasury to look into the business practices in the FinTech world and just see how government can insert itself to protect the consumers. If all goes well, maybe he can increase the size and scope of government and crush a blossoming industry, all in the name of the consumer, right?

Small businesses are more often than not forced away from the big banks. They can’t get loans for many reasons. One in five small businesses use online loans in one form or another. They have to, it’s how America’s small businesses get the money they need. Senator Merkley shows his hypocrisy or rather who he’s in bed with by comparing these two banking situations.

For example, the Rocky Mountain High Pot Shop is tired of carrying thousands of dollars in cash around. Since the Pot Shop couldn’t get a bank account or a loan from Big Bank, they took out an Internet loan to finance their business. Who would Senator Merkley help? The Pot Shop, the Internet Loan Company, or the Big Bank?

The Big Bank wins again. Senator Merkley pushes for an easing of banking rules for the Big Bank so they can take on the Pot Shops. While at the same time using his power to regulate internet competition away from his Big Bank cronies. The only person who wins in Senator Merkley’s world is Big Bank.

You’d have to be stoned not to see it.

At Signing Ceremony to Make Juneteenth Federal Holiday, Biden Claims Voting Rights 'Under Attack'
Rebecca Downs
Is Joe Manchin's Influence Waning?
Rebecca Downs
Thousands Flood ATF With Comments Over Rule Change That Could Land Millions of Americans in Legal Trouble
Matt Vespa
Church-Going Catholics Know What Too Many Do Not: Why Pro-Abortion Politicians Should Not Receive Communion