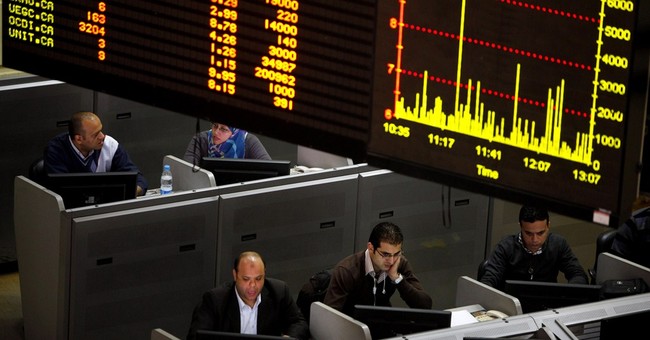 The late, great Jack Kemp, an architect of the Reagan tax cuts, used to say, "Without capital, capitalism is just another ism." Capital is the plants, the machinery, the computers and trucks that businesses invest in to become productive and efficient providers of goods and services.

So it's strange that last week Hillary Clinton declared war on capital with her plan to nearly double the capital gains rate for investments held less than six years.

The capital gains tax rate fell to 15 percent in the George W. Bush years, was raised 23.8 percent under Barack Obama and Hillary Clinton would jack up the rate to as high as 42 percent -- with the rate falling the longer the asset is held.

"This is the worst economic idea I've heard in years," marvels Larry Kudlow of CNBC. "It's a wrecking ball to the economy." Clinton's plan reveals such a deep and disturbing ignorance of the effects of the capital gains tax and its impact on growth that it's time to bust some of the key myths about how this tax affects the economy:

1) The tax on capital gains income is much lower than the tax on wages and salaries of the working class.

Clinton says she would merely tax income from capital at the same rate that middle-class Americans have taken from their paychecks. She would tax capital gains as ordinary income for those who make over about $450,000 a year. But this would make taxes on capital income punitive and here's why. First, most capital gains come from the sale of financial assets such as stocks. But publicly held companies have to pay corporate income tax at a rate of 35 percent. Capital gains tax is a second tax on that income when the stock is sold. So the actual, total tax rate on capital gains income is closer to 40-50 percent and Clinton would raise that to 60 percent.

Additionally, capital gains tax is a tax on the increase of the valuation of a stock, but is not adjusted for inflation. So when inflation is high, the capital "gain" can be mostly due to inflation. In other words, the gain can be illusory and the tax rate can even rise above 100 percent.

2) Raising the capital gains tax will raise billions of dollars for the government.

3) Raising the capital gains tax is a good way to make the rich pay their "fair share" of taxes.

Despite Hillary Clinton's assurances that her plan is meant to discourage "short termism" in the boardroom, the real agenda here is hardly a secret: she wants to sock it to the rich. But the irony of this is it won't hurt the Warren Buffetts and the Wall Street hedge-fund managers much. They might have to pay a higher tax bill -- but more likely they will simply hold on to their stock longer to avoid the higher tax penalty. But the people who will get hurt are the middle class, minorities and young people -- the same group that has been clobbered during this so-called recovery.

Wages rise when workers can produce more, and they can produce more when they get smarter, better trained and have more capital to work with. A tax on capital is thus an invisible tax on wages. When Ronald Reagan and Hillary's husband Bill Clinton cut the capital gains tax, wages and productivity surged.

Clinton herself says that businesses aren't investing enough -- and she's right -- so it's a head scratcher that she has come to believe that more investment will come from higher tax rates on investment. Back in the 1980s, even Democrats such as Bill Bradley and Dick Gephardt appreciated that high tax rates have a negative effect on the economy. Then, in the past decade, the orthodoxy on the Left became: "Tax rates don't matter at all." Now they think higher tax rates are good for us -- which may explain why Bernie Sanders of Vermont wants a tax rate of around 70 percent or higher on the rich.

Funding for venture capital in new enterprises and the rate of new business startups has long been inversely related to capital gains taxes, according to a Cato Institute study. The higher the penalty on risk capital, the fewer new entrepreneurial ventures get started. If we want to accelerate the next generation of Ubers, Groupons, Home Depots and Googles, we need investors willing to put their money at risk, and if they are going to be taxed at 50 or 60 percent, they are more likely to take a pass.

5) Raising the capital gains tax will help the economy.

By contrast, raising the capital gains rate will hurt small businesses, workers and American competitiveness -- and it won't raise any money. How this is fair is beyond me.