Democrats Want to Save the Planet, Not Our Babies

Star Parker
|
Posted: Nov 27, 2019 12:01 AM
Share   Tweet
The opinions expressed by columnists are their own and do not necessarily represent the views of Townhall.com. 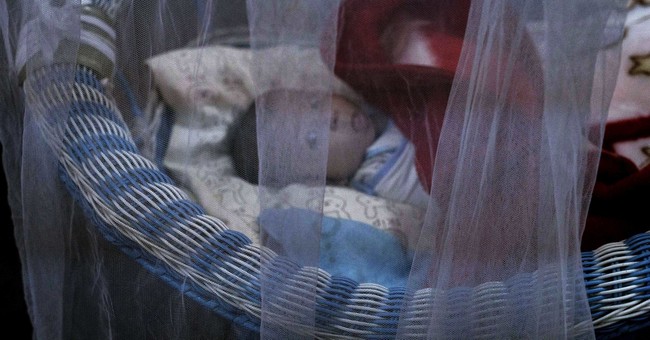 Students stormed the football field at halftime at the Harvard-Yale game and held things up for about an hour, demanding that the schools divest holdings in fossil fuel investments.

The disruptors were cheered on by presidential candidate Elizabeth Warren while actress Alyssa Milano decried wealthy universities "invested in the destruction of the planet."

When you have important work to do like saving the planet, you certainly have a right -- it's assumed by these activists -- to violate the time and property of others as you wish.

But these same environmental activists, who feel empowered to interrupt our personal and commercial lives in the name of their planet-saving crusade, conclude just the opposite when it comes to unborn children.

In their view, it is not our right to use the cheapest and most readily available energy and electricity, because they have decided this endangers the planet. But at the same time, they insist it is the right of any woman to destroy the unborn child developing inside of her.

This point of view characterizes the current field of Democratic candidates running for president.

But Bloomberg is also a climate change activist who believes destruction of unborn children is just fine. Save the planet while we destroy our children. I guess clear thinking is not a prerequisite for becoming a billionaire.

Bloomberg boasts of having reduced the "carbon footprint" of New York City while he was mayor from 2002 to 2013.

But New York City also has a well-deserved reputation as the nation's abortion capital.

How about black women?

Reported Jason Riley of the Wall Street Journal in 2018: "In New York City, thousands more black babies are aborted than born alive each year, and the abortion rate among black mothers is more than three times higher than it is for white mothers. According to a city Health Department report released in May, between 2012 and 2016 black mothers terminated 136,426 pregnancies and gave birth to 118,127 babies. By contrast, births far surpassed abortions among whites, Asians and Hispanics."

Former President Barack Obama stood out in the Democratic "save our planet, not our babies" school.

He was the first sitting American president to address the national meeting of Planned Parenthood, the nation's largest abortion provider.

And Obama led us into the Paris climate agreement, concluded at the 2015 United Nations Climate Change Conference. The U.S., per this agreement, committed to 26% to 28% carbon emissions reduction below 2005 levels by 2025.

The Heritage Foundation estimated that the agreement would have cost an American family of four 13% to 20% more in annual electricity costs.

In 2017, President Donald Trump pulled the U.S. out of this agreement, saying he was elected to represent "Pittsburgh, not Paris."

Yet the "save our planet" crowd takes predictions about what will be in 25, 50 or 100 years with grave seriousness and wants to impose huge costs today on working families based on these speculations.

A child in the womb is not speculation. This is life. This is our future. Respecting the sanctity of this life, and the sacred activity and responsibility in producing it, is really the behavior and attitude that will save our planet and our world.