Star Parker
|
Posted: Sep 26, 2018 12:01 AM
Share   Tweet
The opinions expressed by columnists are their own and do not necessarily represent the views of Townhall.com. 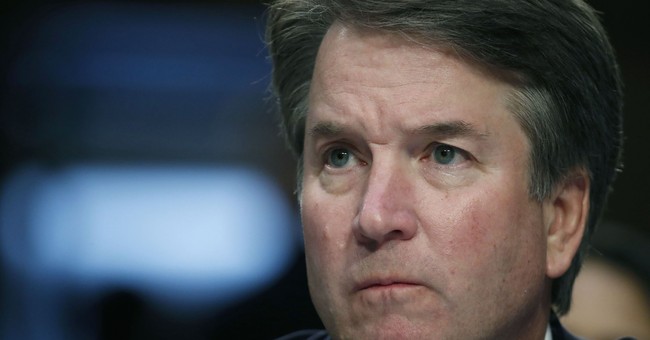 A new report from Gallup should sober up those expecting a "blue wave" in the November elections.

According to this recently released report, the percent of Americans saying they have a "favorable" view of Republicans now stands at 45 percent, up from 36 percent. Favorability for Democrats stands at 44 percent, exactly where it was last September.

This is the highest favorability for Republicans since January 2011, when it stood at 47 percent just after Republicans gained control of Congress in the 2010 midterm elections.

How could the shameful carnival that Democrats have created around the confirmation of Judge Brett Kavanaugh not hurt them?

One of the most common mistakes made today is to think that political process -- that is, democracy -- is what makes us free. No, it is law.

It is law that protects life, liberty and property. Rule of law, which is honored, respected and applied equally to every citizen regardless of race, gender and anything else, must stand above political bias. This assures our society is free and just.

The absence of equally applied law is what tore our nation apart in the 1850s, with the acceptance of slavery and the infamous Dred Scott decision, denying African-Americans legal status as citizens.

The whole point of the 14th Amendment, enacted after the Civil War, was to guarantee every American due process and equal protection under the law.

But with this show around Kavanaugh's confirmation, the Democratic Party has unmasked itself as a party whose only interest is in a left-wing political agenda, not the law.

It is exactly why Democrats see conservative judges, like Kavanaugh, who take the Constitution seriously, as a mortal threat. Democrats want politics and their agenda, not law.

Hence, an outstanding and honorable man's good name and reputation is being besmirched with unsubstantiated and tenuous claims.

The long-accepted tradition that the burden of proof is upon the accuser, not the accused, is being thrown to the trash bin.

It should be of particular concern to blacks and women that we live in a nation in which law stands above politics. Blacks, because this is what the civil rights movement was about. Women, because this is not just about themselves and their daughters but equally about their husbands and sons.

The economy is booming. In recent days, stock indexes have reached new highs and, as The Wall Street Journal reports, new claims for jobless benefits have "hit a half-century low."

The National Federation of Independent Business reports record high optimism and hiring plans among small businesses, the main job generators in our economy.

The Republican Senate has now confirmed 68 conservative judges to the federal bench -- with 125 to go.

And every federal department administrating anti-poverty funds - which constitute one-quarter of the federal budget -- must follow an executive order from President Donald Trump to become more efficient.

Yes, it's true that generally the president's party loses congressional seats in midterm elections. However, in 2014, Democrats lost only 13 House seats in the midterms, despite Barack Obama's 44 percent approval, which isn't far from where Trump stands today.

Republicans need to stand firm with the truth on Kavanaugh. That plus the great economic news in our nation will take them over the finish line in November.