A New Look Into Poverty in America

Star Parker
|
Posted: Feb 14, 2018 12:01 AM
Share   Tweet
The opinions expressed by columnists are their own and do not necessarily represent the views of Townhall.com. 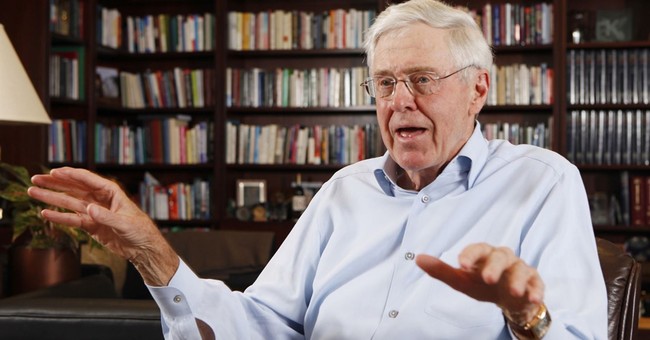 Taylor reached out to Koch, and the result was a Koch contribution of $25.6 million to the TMCF to establish the Center for Advancing Opportunity.

Although there is no shortage of research on the causes and challenges of poverty in America, CAO's innovation is to study the problem by going into these communities, seeing how the locals think and devising local solutions. The Center, according to Koch, "brings together students and faculty from Historically Black Colleges and Universities with community members to study and collect data about criminal justice, education, and entrepreneurship and formulate locally informed solutions to them."

Now CAO has brought in another partner, Gallup, and has released its first major survey: "The State of Opportunity in America: Understanding Barriers & Identifying Solutions."

The research examines "fragile" communities, defined as "areas with high proportions of residents who struggle financially in their daily lives and have limited opportunities for social mobility."

Sixty-six percent of these communities are black or Hispanic, 58 percent earn less than $34,999, and 12 percent of the population have a bachelor's degree or more.

The survey results point to some conclusions that are not so surprising, but also to some that are.

Thirty-eight percent work full time for an employer. Fifty-one percent believe crime in their community has increased "over the last few years."

Only 32 percent strongly agree or agree that all children in their community have access to high-quality public schools.

But despite challenging life circumstances, individuals in these communities remain resilient and optimistic. This is the best and most encouraging news.

Sixty-eight percent of the residents of these communities, compared to 79 percent of all Americans, agree that Americans "can get ahead" by "working hard." Only 32 percent are pessimistic that everyone can "get ahead."

Twenty-one percent indicate plans to move in the next 12 months. Fifty-nine percent say they would like to move. Changing a residence requires optimism and initiative. These are healthy signs of vitality in these distressed communities.

What concerns me are the perceptions that residents of these fragile communities have regarding policies that they say they think will improve their situations. Raise the minimum wage, more funds to public schools, more government spending.

This demonstrates the great need for conservative thought leaders to spend quality time in these communities educating residents about ideas that have failed -- in fact, the very ideas residents think work -- and discussing innovative ideas that can bring the results they seek.

How can we change the tax and regulatory realities of these communities to attract business? How can school vouchers and tax credits create schools that can serve the special needs of these communities? How can housing vouchers provide the flexibility for these individuals to benefit from government housing assistance but still allow them to move and choose where they want to live?

The partnership between Koch and the Thurgood Marshall College Fund is an exciting and innovative development. The meeting of minds between the libertarian Kochs and the largely traditionally Democratic communities of the Historically Black Colleges and Universities can produce new understanding and insights to fight the challenge of poverty in our country.