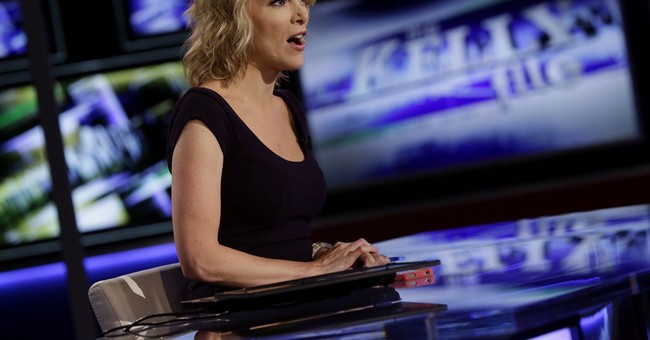 Trending
Unfortunately, the circus that Donald Trump has created around Fox News commentator Megyn Kelly and her allegedly "unfair" question to him in the Republican debate has drowned out the central importance of that "unfair" question.

Voter frustration on the right reflects two things. One, we want to hear tough and straight talk from candidates. But two, we want a candidate who will be elected and set change in motion.

All the tough talk in the world means nothing if the candidate doesn't get elected.

Kelly's question to Trump was about this. It wasn't about whether Trump is courteous, or a jerk, or politically correct.

She opened the debate segment with, "our first round of questions is on the subject of electability in the general election."

Then Kelly turned to Trump.

"You've called women you don't like 'fat pigs, dogs, and disgusting animals' ... how will you answer the charge from Hillary Clinton ... likely to be the Democratic nominee, that you are part of the war on women?"

Need I remind anyone that sitting in the White House today is the most left-wing politician to ever occupy the Oval Office?

He was elected not once, but twice. So we can't really say the first time around he fooled America voters.

Despite everything conservatives find so revolting about Barack Obama, his approval rating, now 47 percent, remains relatively strong compared to previous presidents at the same stage of their presidencies. At this time in his presidency, George W. Bush stood at 34 percent.

During this seven-year nightmare for every American that longs for a nation that is free, moral, a light unto nations, Obama has been successful in about everything he has put his hand to, taking us in the opposite direction.

We have government health care, government propped-up big banks, national debt as big as GDP, deficits as far as the eye can see, some 15 million illegals, and same-sex marriage.

Planned Parenthood continues to siphon off $500 million a year in taxpayer funds, despite the latest round of videos showing the commerce they do in the flesh of murdered fetuses.

Our only real ally in the Middle East, Israel, gets dissed and it seems likely that the U.S. will conclude a nuclear agreement with a nation -- the world's number one supporter of terrorism -- that hates Israel and us.

Around half of American households now get some form of government assistance. By some estimates, combined unfunded liabilities of Social Security and Medicare are as large as $100 trillion -- yet polls do not show that Americans want major reform of these bankrupt entitlement monstrosities.

How much clearer can it be that it will be impossible to elect a conservative Republican in 2016 if that candidate does not have the skill and persona to attract some voters who don't traditionally vote Republican?

The last time a Republican presidential candidate won the women's vote was 25 years ago when George H.W. Bush squeaked by Michael Dukakis with 51 percent.

The women's vote will be a particular challenge in an election in which Democrats run the first woman candidate for president.

So Megyn Kelly's question to Trump was smart, on target and very fair. The real question is how could Trump -- whose big selling point is being a smart businessman -- call this "unfair"?

It certainly won't be fair to American voters if he gets nominated and is defeated and then calls the tens of millions who didn't vote for him a bunch of losers.