After 50 Years of Dealing With Iran, a Bright Future Looms on the Horizon

Sid Ahmed Ghozali
|
Posted: Jun 19, 2018 4:30 PM
Share   Tweet
The opinions expressed by columnists are their own and do not necessarily represent the views of Townhall.com. 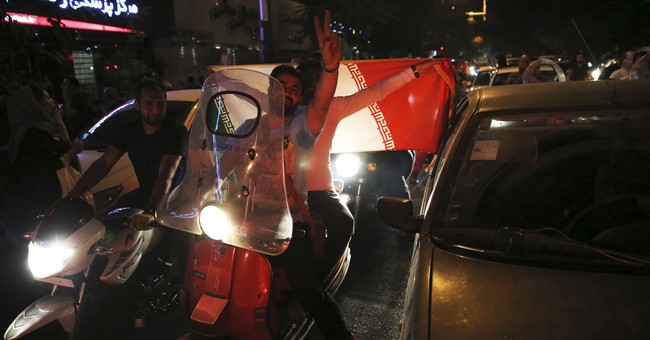 Having had the privilege of serving at the top of various governmental departments, I can testify upon major Middle East problems. Particularly, I have seen first-hand the Iran of both yesterday and today, and I have a certain sense of its future.

After the restoration of national sovereignty to Algeria in 1962, I had the opportunity to serve the public interest through leading roles in energy policy, diplomacy, and finally as prime minister. In these diverse capacities, I was in contact with major Arab and Muslim countries and particularly with Iran both before and after its revolution.

I visited the country in September 1968 and met with the head of the Iranian oil company, former PM Manouchehr Iqbal.  During that visit, I clearly sensed the Iranian people’s dissatisfaction with the situation and the regime.

I saw the Shah for the first time at the extraordinary OPEC summit held in Algiers on March 15, 1975.

At a special session limited to heads of state, the Shah spoke and gave a large picture of his country's status and achievements, glorifying the “great achievements” he had made in various economic, military and other fields. He went on to conclude: "In 1980 Iran will become the fourth, even the third industrial and military power of all over the world" (sic) … Despots, at their end, always sincerely believe in their own fantastic dreams.

Afterwards, Algiers welcomed the revolution of the Iranian people, developed its relations with the new regime and provided valuable services to it. Notable Algerians worked hard to help resolve the crisis of American hostages in Tehran, and in the Iran-Iraq war we took a neutral position.

As foreign minister, I visited Tehran in February 1990 and met with Rafsanjani, Foreign Minister Ali Akbar Velayati, and many others including the supreme leader Ali Khamenei.

In the 1980s and early 1990s, however, we saw that the mullahs' regime began to provide military, financial and political support for terrorism in our country. I am still astonished that the mullahs' regime has persisted in such back-stabbing practices after they were exposed. Tehran’s commitment to extremism and terrorist sponsorship was recorded in the minutes of meetings and debates that were held, for example, between Abbas Madani, the leader of the Islamic Salvation Front in Algeria, and Khamenei and Rafsanjani, during his visit to Tehran in 1991.

This was past and current Iran. But let’s fast forward to the future.

I have seen in the videos that have come out of Iran in the past few months that the people who are dissatisfied with the regime's actions are bold and do not fear death, but are challenging the regime in the streets of Iranian cities.

This courage is not a coincidence, but a result of a difficult struggle that has cost the lives of more than 120,000 members of the Iranian resistance. This year is the 30th anniversary of a massacre committed in 1988 against 30,000 political prisoners who were members and supporters of the principal opposition movement, Mujahideen e Khalq, or MEK. The victims sacrificed themselves for freedom and democracy and this legacy has lately begun to bear fruit in the Iranian street.

The ruling regime has not been able to eliminate dissent and opposition even through years of massacres, executions, psychological warfare, and disinformation campaigns against the organized opposition. The resistance has remained active and influential, as it has been working inside Iran for years to build the strong domestic network that made recent nationwide uprisings possible. The members of the resistance, particularly the MEK, are also actively working outside Iran in various forums and parliaments and with policymakers and authors, to explain the reality of their country and present the positions of the resistance and what it hopes to achieve.

The resistance, led a democratic Muslim woman, Mrs. Maryam Rajavi, has been holding its annual general conference in Paris for more than a decade, and the latest events have involved the participation of more than 100,000 people and hundreds of politicians. This year's conference will be held on June 30th and is expected to be larger than its predecessors.

This image, which reflects the popular uprising inside Iran and the international activities in support of it, is a picture of Iran's emerging future, a free Iran, where the rights of all people's constituencies are guaranteed.

After dealing with the Iranian situation for half a century, I have the sense that the long odyssey of the Iranian people is nearing its end and that they will attain freedom by standing up to the current dictatorship as they did to the Shah’s regime, this time facilitating democratic change at the hands of the Iranian people and the resistance.

On the ruins of all forms of dictatorship, Iran will be an oasis of freedom and democracy, a center of security, and brotherhood, serving the Iranian people’s interests building peaceful friendship with its neighbors and all countries of the world.