The Sad, Sad State Of Virginia

Scott Morefield
|
Posted: Nov 11, 2019 12:01 AM
Share   Tweet
The opinions expressed by columnists are their own and do not necessarily represent the views of Townhall.com. 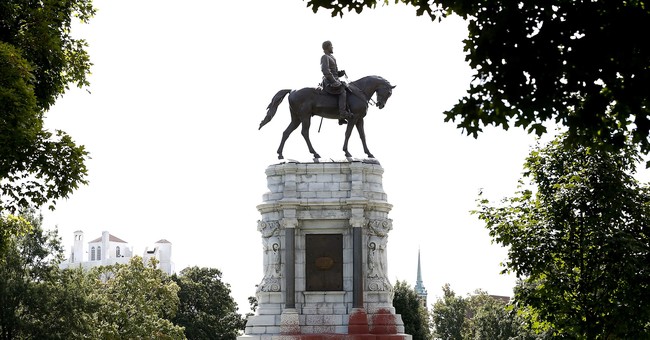 Ever since its citizens liked Ike in ‘52 (other than one brief hiccup in 1964 when Johnson trounced Goldwater almost everywhere), the Commonwealth of Virginia had voted reliably Republican, until 2008. That year, in a wave election, Democrat Barack Obama won several states Republicans typically win, like Florida, North Carolina and Arizona. One could have been forgiven, then, for thinking Virginia would come back to the fold after the hipness wore off and the cold, hard reality of quasi-socialist governance became all-too-real. After all, this is Old Dominion we’re talking about, the land of Monticello and Williamsburg, of Washington, Jefferson, Madison, and more prominent founding Americans than anywhere else. From Nathaniel Bacon to George Mason to Patrick Henry and countless more, freedom and resistance to tyranny have been an indelible part of that great state’s heritage.

But sadly, the blue never wore off. It only grew deeper and more dominant, until last week, when the tiniest tint of red faded into the darkness like the last sunset of a dying man, never to return.

That’s right, folks. With a Democratic governor, lieutenant governor, attorney general, both United States senators, seven of 11 representatives, and now both State houses, the Commonwealth of Virginia is now officially a blue state on par with the socialistic dystopias of California, New York, and New England. It’s been a long time coming, albeit a slow, gradual march to the abyss, but the land of the Bill of Rights, the Declaration of Independence, and “sic semper tyrannis” has now become the land of the snowflakes and social justice warriors.

Which leaves many wondering, how on earth did this happen? Fox News host Laura Ingraham’s Wednesday night analysis may have gotten the attention of Media Matters, but that doesn’t mean it’s any less true. To Ingraham, the “road to Democratic dominance” in the formerly right-of-center state was paved with demographic changes that began taking place long before Trump’s 2015 trip down that New York City escalator.

“Virginia's foreign-born population nearly doubled from 2000 and 2017,” said Ingraham, “and these immigrants are mostly concentrated in Northern Virginia. Fairfax County, Loudoun County, Prince William County, outside of D.C., and they are altering the demographic makeup of the state - and, as The Washington Post and others have pointed out, the electorate.”

Quoting The Washington Post’s reporting, the Fox News host noted that a full third of Fairfax County’s population is now comprised of foreign-born individuals. “Half of the elementary school students there speak a foreign language at home,” said Ingraham. “And since immigrants are more likely to vote Democrat, well, this, of course has dragged the electorate to the left. That's just a fact of life.”

As much as the left wishes to curb discussion about such things, she’s not lying. The Hispanic percentage of Virginia’s population alone went from 7.9 percent in 2010 to 9.6 percent in 2018, accounting for almost half of the state’s overall population growth during that time. While most are undoubtedly good people, hard workers, and solid economic contributors, the fact that they come from ‘big government’ countries with little regard for personal freedom makes them more likely, sadly, to vote for such policies in their new country. And exit polling shows that 60 to 70 percent of them do, without fail, election after election. Such voting behaviors, of course, are likely over time to lend themselves to turning their new homes into the same sort of hellholes they left, but for whatever reason, most are either unable or unwilling to see the tragic irony.

Hispanics and other immigrants aren’t the only factors, of course. Northern Virginia has experienced an exodus of people seeking an escape from the bleak economic conditions of both Maryland and Washington D.C. for years. They too fail to see the irony as they poison their new home with the same failed policies as their old ones. Either way, demographics will always be destiny. It’s a fact the left has understood for decades, but Republicans have either failed to see or feared to point out.

I live in deep-red Tennessee, almost literally a stone’s throw from the Virginia border. My town, Bristol, has a half in Tennessee and a half in Virginia. Already, many are wondering how a $15 minimum wage will affect small businesses already struggling to survive on the Virginia side. Others worry about new gun legislation that will automatically make criminals out of the law-abiding and take away their right to defend themselves. Several I know personally are at least talking about moving over here to Tennessee, and freedom, and state governance by people who, despite their faults, at least understand the concept of basic economics.

Obviously, elections have consequences, and Virginians will get to bear the consequences of their poor choices, and that quite soon. Look for bloated budgets, higher taxes, economic misery, and more social unrest as Virginia slowly but surely goes the way of California. It’s sad, tragic even, but in another sense it’s also part of the beauty of federalism and why the nation’s founders left the states the powers not expressly given to the federal government. Virginians failed to learn the lessons of quasi-socialist California and others, so they’ll just have to experience it themselves. It’ll be a lesson that we Tennesseans and other red state residents can observe and hopefully learn from firsthand - never, ever, ever go full blue.