Sally C. Pipes is president and chief executive officer of the Pacific Research Institute, a San Francisco-based think tank founded in 1979. Prior to becoming president in 1991, she was assistant director of the Fraser Institute, based in Vancouver, Canada.

Ms. Pipes writes, speaks, and gives invited testimony at the national and state levels on key health-care issues facing America. Topics include the false promise of a single-payer system as exists in Canada, pharmaceutical pricing, solving the problem of the uninsured, and strategies for consumer-driven health care. She appears in Michael Moore’s movie "Sicko" and has participated in prominent debates and public forums, testified before five committees of the California and Oregon legislatures, appeared on popular television programs, participated in talk radio shows nationwide, and had 45 opeds published on health care issues in 2006.

Her book, "Miracle Cure: How to Solve America’s Health Care Crisis and Why Canada Isn’t the Answer" was released September 28, 2004. It is available on Amazon.com. Hillsdale College published her essay on health care reform in the 2006 edition of Champions of Freedom. It was part of a conference on "Entrepreneurship and the Spirit of America". She also co-authored with Spencer Star Income and Taxation in Canada and co-authored with Michael Walker seven editions of Tax Facts.

Ms. Pipes has held a variety of positions in both the private and public sectors. In British Columbia, the Ministry of Consumer and Corporate Affairs appointed her director and vice-chairman of the Financial Institutions Commission.

Ms. Pipes served on the Medical Advisory Council of Genworth Financial’s Long-Term Care Insurance Division in 2006, the national advisory board of Capital Research Center, the advisory board for the Bastiat Journalism Prize, the board of advisors of the San Francisco Lawyers Chapter of the Federalist Society, the Advisory Board of the California Association of Scholars, and the State Policy Network president’s advisory council. She has served as a trustee of St. Luke’s Hospital Foundation in San Francisco, a board member of the Independent Women’s Forum, and as a governor of the Donner Canadian Foundation. She was a member of California Governor Arnold Schwarzenegger’s transition team in 2003-04.

She received the Roe Award at the 2004 annual meeting of State Policy Network. The award is a tribute to an individual in the state public policy movement who has a passion for liberty, a willingness to work for it, and noteworthy achievement in turning dreams into realities. In 2005, she was named one of the Top 10 Women in the Conservative Movement in America as published by Human Events. She was also featured in a new book "Women Who Paved the Way" as one of 35 most outstanding women in business in the nation. 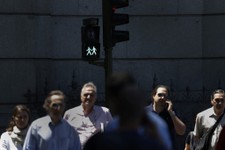 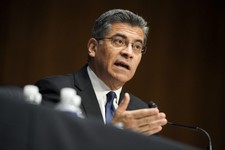 The 340B Prescription-Drug Swindle Has Gone on Long Enough
By Sally C. Pipes
In a hearing on Tuesday, California Attorney General Xavier Becerra revealed just how unfit he is to lead the Department ...
February 27, 2021 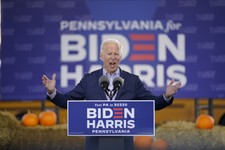 Is Biden a Trojan Horse for Single-Payer?
By Sally C. Pipes
Democratic presidential nominee Joe Biden describes himself as a "transition" candidate and a "bridge" to a future generation of party ...
October 28, 2020 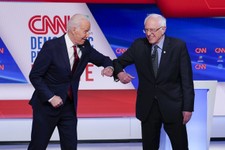 What Sanders Gets Wrong About Biden's 'Centrism'
By Sally C. Pipes
Sen. Bernie Sanders, I-Vt., is none too pleased with the direction of Joe Biden's bid for the White House.According to ...
October 02, 2020 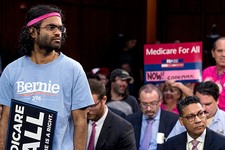 Coronavirus Stimulus Would Barely Cover Medicare for All
By Sally C. Pipes
The economic crisis caused by the coronavirus pandemic has prompted the biggest spending spree in American history. The House of ...
June 10, 2020 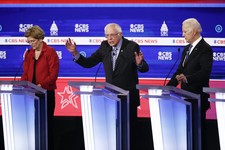 Democrats' Public Option Deception
By Sally C. Pipes
When it comes to healthcare, Bernie Sanders is all alone. The Vermont senator is one of just two presidential candidates ...
March 02, 2020 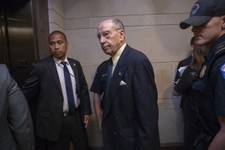 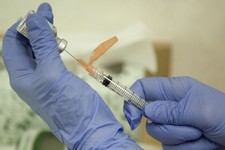 Medicare For All Would Wipe Out Jobs, Pensions, and 401(k)s
By Sally C. Pipes
Donald Trump famously made "You're fired!" a household catchphrase. It may re-enter the American vernacular if the likes of Senators ...
July 03, 2019 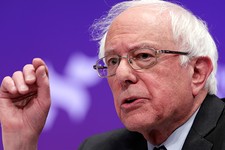 Single-payer Will Fracture Democrats' 2020 Coalition
By Sally C. Pipes
Earlier this month, Senator Bernie Sanders released a new version of his plan for "Medicare for All."Four of his competitors ...
April 30, 2019 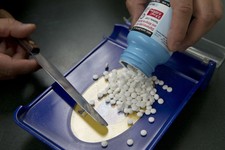 Where's the Outrage?
By Sally C. Pipes
How can you tell if competition is working in a given market? Generally speaking, prices go down while quality goes ...
September 04, 2018
Obama and the FDA Stifling Innovation, Shortening Lives
April 19, 2011 |
Lucentis vs. Avastin: Seeing Eye to Eye?
March 29, 2011 | 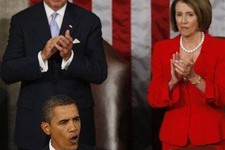 Why Dems' Health Reform Hopes Are 'Hanging by a Thread'
By Sally C. Pipes
As the New Year unfolds and congressional Democrats meet with the President ...
January 18, 2010

RomneyCare Revisited
By Sally C. Pipes
It’s one thing to pass a law, hold a press conference, and boldly declare to have solved an intractable public ...
November 14, 2007 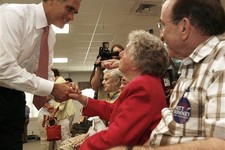