GOP Should Show Patience As They Rebuild 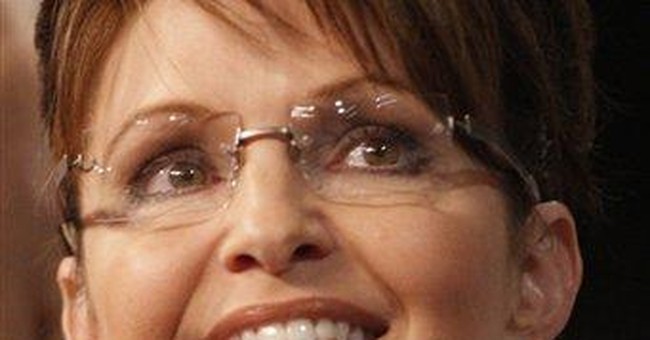 The Republican Party became Humpty Dumpy in August 2006 and, by the 2008 election, all the king’s horses and men couldn’t put the cracked party together again.

The question now is whether it’s time for the GOP to try getting back up on the wall.

What if I told you that, while the party’s base is anxious for Republicans to begin crafting a positive message and start building support for 2010, to do so at this moment would be premature? Might even hinder its long-term efforts?

Instead, the GOP should retain a crisp message of being champions of limited government, individual liberty and free-enterprise capitalism.

Keep this in mind: While the Democrats’ health-care reform effort may have run into roadblocks, neither President Barack Obama nor House Speaker Nancy Pelosi has given up passing that legislation – or the cap-and-trade alternative energy overhaul.

In fact, White House Deputy Chief of Staff Jim Messina’s instructions to senators as they left for summer recess was that “we will punch back twice as hard” on health care. The White House then went viral late last week with e-mail messages of being victimized by misinformation.

In no way, shape or form will Obama or his top lieutenants, Rahm Emanuel and David Axelrod, give up getting this legislation passed.

Conversely, Republicans’ priority should remain opposition to the present versions of health care and energy overhaul between now and this fall’s gubernatorial elections in New Jersey and Virginia.

Once that is behind them and the economy starts to improve by year’s end, Republicans should launch a positive message with their policy platform for the 2010 mid-term election.

Why not now? Why not seize on opportunities presented at boisterous congressional town halls on health care?

It’s simple: The political process can handle only so many things at any one time.

Case in point: A huge part of Obama's problem is that he tried to force through too many big things – stimulus spending, TARP II, regulatory reform, health care reform, alternative energy reform – all at once, and the system was overloaded. People are overloaded.

That’s why, late last week, Obama backed off immigration reform. It finally dawned on him that he and Pelosi were pushing too hard, too fast.

We are a big country with a tremendous diversity of opinion. The only way to make lasting, major changes is to slowly, persistently, incrementally build support.

While people like to hail concrete achievements like the civil rights and voting rights acts of 1964 and 1965, most neglect (or forget) that these bills were 100 years in the making, dating from the end of the Civil War.

The government system we have is slow because it was purposely designed to be that way – which is why having experienced politicians, not ad men or smooth actors, is so important.

Representatives, senators and the president all have different constituencies and serve different majorities, which is why you see Democrat House members who are squeamish on hard-line Democrat legislation. They know they have to vote for what their district demands, not for what their party requires.

And that is a good thing.

Democracy has been around so long precisely because it is biased toward the status quo and not toward fast-moving reform.

George Washington once described the Senate as the "saucer that cools the tea," with the House making the tea. That’s because House members are popularly elected more frequently by smaller, more homogenous constituencies and are supposed to represent the “passion of the people.”

This is why progressives get so frustrated. But one really needs to ask oneself, is it better to rush headlong into major mistakes or to slowly arrive at good decisions?

All of this explains why Republicans, if they are smart, should stop promising to do things. Instead, they should promise once again to undo things – by, for example, returning governing to the states and to the people.

Despite the noise of the day, Democrats likely will hold the majority of both houses after next year’s mid-terms. But if Republicans use their heads, they will stick to their message and quietly rebuild their party in the way that democracy intended – softly, but carrying a big stick.