Remembering September 11th: Where We Were, Where We Are, and Where We’re Heading 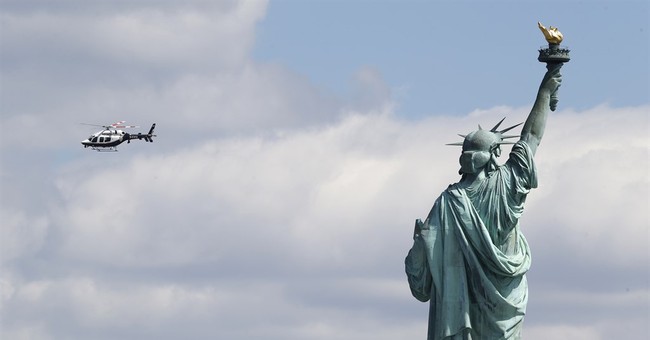 Today marks the fourteenth anniversary of the terrorist attack on the World Trade Center. 9/11 has joined Pearl Harbor and the assassination of John F. Kennedy in the ranks of defining generational tragedies. It’s the day that changed America forever.

America responded to the attack by throwing itself into the “War on Terror,” a new type of open-ended war of attrition against spectral abstractions. Fourteen years later, no end is in sight. Unfortunately, the war effort has largely failed. It’s time to face up to it, and adjust to the new reality we have created in the post-9/11 world.

Here at home, domestic surveillance continues to grow in scope and invasiveness, despite having done little to root out terrorism. The main casualty on this front has been American civil liberties and constitutional rights. The USA FREEDOM Act, and a few other measures, have reinforced some of the liberties undermined by the War on Terror. Mostly, however, the thriving and largely unchecked surveillance state has managed to fend off or ignore reforms.

Abroad, America has sent its soldiers to battle phantoms in the shadows with no end goal, or clear definition of victory. Innocents routinely perish as collateral damage of America’s Sisyphean quest to kill al Qaeda’s latest “second in command.” Our foreign adventurism has weakened Iraq, decimated al Qaeda, and sent the Taliban fleeing; but in their wake, new terrorist organizations like ISIS have sprung to fill the void. We have traded one enemy for another.

It’s possible to acknowledge unpleasant truths about the War on Terror without second-guessing the decisions made after 9/11 or dishonoring those who have fought in the effort to keep Americans safe. Those who have overseen our military efforts abroad, and the growth of the surveillance apparatus at home, have had the welfare and security of Americans sincerely at heart. They didn’t mean to undermine the values that make us uniquely and enviably American. They meant to keep us safe.

Nevertheless, due process of law has given way to gag orders and secret courts. A clear-cut doctrine of military retaliation has been replaced by a vague policy of preemptive and perpetual war. Civil liberties have been sold off to purchase an illusory sense of security. There’s no undoing the tragedy of 9/11. But we can stop hurting ourselves by seriously rethinking our response. This anniversary ought to serve as an opportunity to reflect on America’s post-9/11 trajectory, on the values that make America worth protecting, and to consider adjusting course.

We need to start now. As time goes on, the motivation to return to the country we were – built on the freedom of dissent, of the rights of individuals to be free from undue government surveillance, and a right to due process of law – will weaken as the memory of pre-9/11 America fades, until one day all that remains is a vague remembrance of the liberties we once possessed. We are approaching a critical moment. If we open our eyes to what our country has become, we still have a chance to rededicate ourselves to America’s redeeming values. If we continue blindly down the road we’re on, we may forget the way back.

Those of us who didn’t experience the chilling events of December 7, 1941 can never hope to fully understand the way our grandparents felt on and after that day. For us, Pearl Harbor is just grainy footage in a cable documentary. Similarly, our children and children’s children will come to see 9/11 as a remote bit of history, a video of collapsing skyscrapers in an interactive textbook. They won’t really understand the trauma that reshaped their country, or miss the inheritance they lost.