House Republican Whip Roy Blunt came to the United States House of Representatives in 1997 with a background as a public servant, university president and administrator.

Blunt, who became Majority Whip earlier in his career than any Member of Congress in the last seven decades, was reelected to a third term as Republican Whip in November 2006. As Whip, Congressman Blunt is the second highest Republican in the House of Representatives and is responsible for corralling the votes necessary to advance the Republican agenda. He selects and leads a team of Deputy and Assistant Whips, which columnist Robert Novak has described as “the most efficient party whip operation in congressional history.”

The people of Southwest Missouri have sent Blunt to Washington to represent them six times, most recently reelecting him to Congress with 68 percent of the vote against three opponents.

A leader in the fight against methamphetamines in America’s communities, Blunt sponsored the Combat Meth Act, which President Bush signed into law in March 2006. The law is the first comprehensive approach to fighting and winning the war on meth. Designed to provide more resources to law enforcement, the legislation also expand the abilities of local prosecutors, enhances treatment options, and limits the availability of large quantities of the household items used to make meth.

Blunt fought for President Bush’s $1.35 trillion tax cut, working twenty-nine hours through the night to reach agreement on the largest tax cut in a generation. Continuing his focus on tax fairness, Blunt worked to enact four major tax relief packages in the four years of President Bush’s first term, putting more money in the hands of the people who earned it and helping the economy rebound from a recession and the September 11th attacks.

Blunt’s legislation to enhance transparency in the federal budget process by establishing a searchable database of federal grants and contracts is now law. The bipartisan plan will be implemented by the Office of Management and Budget and will give citizens and the media unprecedented access to the way tax dollars are spent.

Blunt is the principle sponsor of the Charitable Giving Act, legislation designed to encourage more Americans to help more charities. The legislation, portions of which were signed into law by President Bush, provides incentives for individuals to make contributions to charity from their Individual Retirement Accounts (IRAs) and in other areas, including food and educational material.

Blunt served on then-Governor George W. Bush’s original ten person exploratory committee and as the liaison between the House and the Bush campaign. When Blunt was named Missouri’s Republican of the Year in 2000, President Bush described him as “a leader who knows how to raise his sights and lower his voice.”

Blunt, elected chief election official for two presidential elections, was the first Republican Secretary of State in more than 50 years. Before coming to Congress, Blunt served four years as the president of his alma mater, Southwest Baptist University in Bolivar, Missouri. 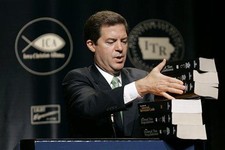 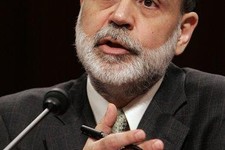