Ross Marchand
|
Posted: May 03, 2019 12:01 AM
Share   Tweet
The opinions expressed by columnists are their own and do not necessarily represent the views of Townhall.com. 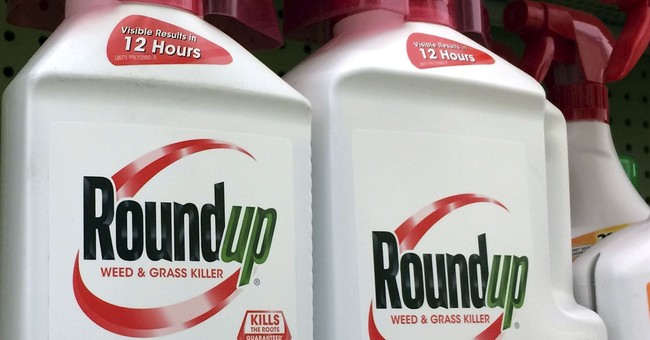 It’s bad enough that each year American taxpayers have to fork over billions of dollars to unaccountable global bureaucracies such as the World Health Organization (WHO). The WHO, which has a despicable track record of dubious travel spending and botched responses to health epidemics,  siphons off millions of these yearly proceeds to fund an obscure “research” arm called the International Agency for the Research of Cancer (IARC). Since 1965, the agency has evaluated more than 1,000 substances to determine whether or not they are carcinogenic, finding that all but one (the material that makes yoga pants and toothbrush bristles) may be dangerous to humans.  IARC also makes absurd judgements like placing bacon in the same category as plutonium and tobacco smoking.

Unwarranted carcinogenic classifications scare consumers and raise prices in states (i.e. California) and jurisdictions that take IARC’s fear mongering a tad too seriously. IARC recently revised its determination process in response to criticisms that its monograph program didn’t pass the laugh test.  But even its new “preamble” is riddled with problems that compromise the determination process. Taxpayers and consumers across the world need to sound the alarm on IARC’s deeply-flawed and costly process.

Since its founding, IARC’s bizarre classification process raised eyebrows from nutrition experts and health-conscious individuals skeptical of its spectacular claims. As well as their war on red meat (for more than two decades), the agency classified coffee as “possibly carcinogenic,” despite important, proven health benefits documented by many analyses. Even after IARC reversed their judgment on the “other black gold,” they merely shrugged and refused to designate coffee as “unlikely to cause cancer in humans.”

All of the scrutiny over the monographs program (which evaluates potential cancer risks) led to IARC reexamining its preamble, which dictates how the agency goes about its evaluation processes. After months of input from watchdog groups including IGO Watch (a project of the Taxpayers Protection Alliance), the Advisory Group spearheading the preamble’s revision recommended, “increased emphasis on mechanistic evidence, critical evaluation of epidemiological studies including of the exposure assessment methods, and strengthening of the systematic review methodology.”

Behind that jargon, though, lies few substantive changes. Strangely, IARC removed the designation “probably not carcinogenic to humans” altogether, meaning at best, a substance is unclassifiable. This means that coffee will never get out of IARC purgatory no matter how many studies deem it to be protective against cancer. While the agency provided little explanation for this change, it can be understood by trying to get into the mindset of a Lyon-based bureaucratic worker drone.

Government bodies such as IARC are incredibly risk-averse, since there’s little visible risk to exercising too much caution and slapping expensive warning labels and testing requirements on products. Sure, prices will increase and productivity will suffer, but these costs will be widely dispersed throughout society and, as a relatively unknown agency, IARC won’t be blamed. On the other hand, if IARC labels a substance as “probably not carcinogenic” and as a fluke, the substance turned out to be deadly, negative publicity would result and lavish budgets might be trimmed as the agency comes under greater scrutiny.

Similarly, bureaucrats are also reluctant to give up control, since consulting outside experts can be disruptive to groupthink and the power of top officials and scientists. Strangely, IARC continues its refusal to allow its monographs to be subjected to independent peer-review, in contrast to Cochran Reviews and National Academy of Sciences reports. It’s particularly concerning that IARC’s reports cobble together so many studies without letting outside academics examine the connective tissue. IARC relies heavily on the input of scientists that have published extensively on substances under review, and these scientists are naturally unlikely to raise methodological concerns with their work or works they cite in their papers.

These superficial changes ensure that IARC will continue to produce flawed work that adversely impacts consumers. IARC’s war on glyphosate (the herbicide used in Roundup) continues unabated, despite the U.S. Environmental Protection Agency’s recent reaffirmation that the weed-killer is perfectly safe.

If IARC is to continue receiving taxpayer funding, it should submit its work to extensive, outside peer-review and allow substances to once again be labeled “probably not carcinogenic.” Global bureaucracies such as IARC and its parent WHO may be here to stay for a while, but they should at least be held accountable for sham science.