For Democrats, God’s a Fading Factor

Robert Knight
|
Posted: Feb 16, 2016 12:01 AM
Share   Tweet
The opinions expressed by columnists are their own and do not necessarily represent the views of Townhall.com. 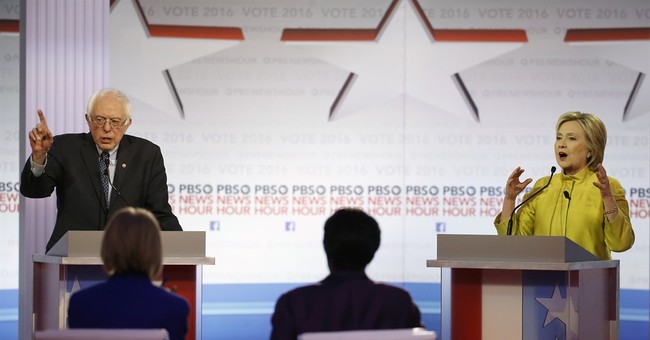 The presidential primary battle moves to South Carolina, which is nearly the polar opposite of Vermont and New Hampshire in terms of religiosity.

New Hampshire, whose state motto is “live free or die,” was once home to hardy souls like Robert Frost, whose Christian-inspired poems about nature’s wonders contain glimpses of eternity. Now the Granite State is the least religious in America.

Although plenty of non-believers identify as conservative, moderate or merely liberal, socialism goes hand in hand with abandoning God and worshiping the idol of an ever-growing government.

On his way to a 60 percent to 39 percent victory over Hillary Clinton, Vermont Sen. Bernie Sanders promised free college, free health care and another $10 trillion in federal deficit spending, plus trillions in new taxes. He vowed to use the government to shake down the “rich” and redistribute their wealth. What’s not to like if you view government as an ATM for all your needs?

Mr. Sanders took 84 percent of the under-30 vote in New Hampshire, matching his percentage in Iowa’s caucuses.

To be fair, the Sanders landslide might also reflect just how unpopular the former First Lady and Secretary of State is with rank-and-file Democrats, at least in New Hampshire, where she lost among all age groups except those 65 and older.

And speaking of landslides, the state symbol of New Hampshire is the Old Man of the Mountain, whose rocky visage atop a cliff in Franconia symbolized the gritty determination of a proudly independent people. On May 3, 2003, the Old Man collapsed, his “face” sliding more than 1,000 feet to the valley below. Feel free to read any symbolism into this that pops into your mind. I know I have.

There are still plenty of independent, “live free or die” folks in the Granite State, but the southern portion has been overwhelmed by refugees from Taxachusetts who have turned it into a Boston suburb. It’s getting more liberal by the minute.

In his poem “New Hampshire,” written in the 1940s, Robert Frost complained that:

“The glorious bards of Massachusetts seem

to want to make New Hampshire people over.

They taunt the lofty land with little men.”

Meanwhile, a once-vibrant conservative electorate is morphing into a brand of libertarianism whose pursuit of materialism is the flip side of the Left’s pursuit of government-provided security. Neither has any truck with the nation’s motto, “In God We Trust.” It’s not conservative in the least to be indifferent as to whether the America of Bedford Falls degrades into sleazy Pottersville.

The curious part is why people who flee the excesses of progressive regimes continue to embrace progressive notions about human nature, God and government. They’re importing the very scourge that caused them to leave.

We should keep this in mind as millions of people from authoritarian countries pour over America’s southern border and are scooped up by vote-seeking groups that promise them the moon. Will America change them or will they change America?

On the Republican side, that question along with disdain for the GOP establishment drives much of the debate and is a big part of why Donald Trump won in New Hampshire and Ted Cruz won in Iowa, where 68 percent are either “very” or “moderately” religious with 32 percent “nonreligious.”

It will be interesting to see how Sen. Sanders and Mrs. Clinton fare in South Carolina. In the seventh most religious state, 51 percent report being “very religious,” 31 percent “moderately religious” and 32 percent “non-religious.”

Which brand of big government will play better in the Bible Belt? It may come down to personalities. Within the Democratic Party itself, religious faith is fading in importance.

“Fewer than two-thirds of Democrats and Democratic-leaning adults now identify with any branch of Christianity, down 11 percentage points since 2007,” the Pew Research Center reported in November. “Meanwhile, nearly three-in-ten Democrats say they have no religion, up 9 points in recent years.”

It’s no wonder that socialism has emerged as the driving force in the Democratic Party.

Who needs God when government will supply everyone’s needs at someone else’s expense?