Wisconsin and The Heidi Moment

Robert Charles
|
Posted: Apr 14, 2016 10:10 AM
Share   Tweet
The opinions expressed by columnists are their own and do not necessarily represent the views of Townhall.com. 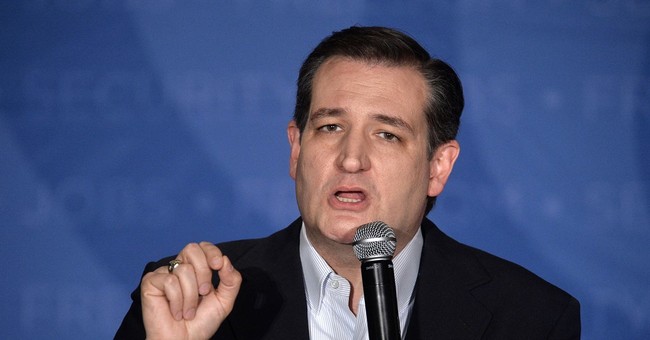 So, every pundit east of Wisconsin is talking New York and delegate math.  Trump is still grousing about gestapo-land, already taking a victory lap in his Democrat-dominated Empire State.  But does it really all matter?  Has something happened with the other top candidate?  Yes, Cruz is sharp, expert at the delegate process, but there is something more.  Did he actually get lift off a week ago, and the moment passed so fast media missed it?  I think so.  I think we got break out by the guy long known as a talented Supreme Court litigator turned politician.  Something has changed.  Something has definitely changed in the heartland over the past ten days.

Maybe it is just spring arriving, maybe quickening pulses in newly important States, maybe just a “feeling” that closure is approaching – but something is suddenly different.  Like the moment fog lifts, cement hardens or a recipe gels, something has changed.  When exactly is not clear, but the presence of something new is in the air.   Some say it is a new confidence and personal peace in Cruz.  Some say it was “The Heidi Moment.”

On the evening of April 5th, after a stunning comeback in Wisconsin, Ted Cruz delivered the best speech of his campaign.  The speech, which insiders indicate he wrote himself, was Reagan-like.  Cruz projected genuine optimism, hope of a rare and unifying sort, the kind that awakens a great Nation to its better nature.  He held forth a national vision, spoke inclusively, honored past competitors, and quoted incisively from John F. Kennedy and Winston Churchill.

Here, at last, was a presidential candidate becoming more relaxed, somehow taller, stronger in timber and magnanimous.  “We are not here to curse the darkness, but to light the candle that will light the way out of darkness,” he credited to Kennedy.  “We once again have hope for the future,” he nodded to Churchill.

What caused that turn of sentiment, shift in cadence, and elevation of tone?  On the numbers, Wisconsin’s remarkable turnaround, and that day’s foreseeable echo into the future, was part of it.  Down by 10 points two weeks prior, Cruz had never lost hope or focus.  He overcame the deficit to post a 48 percent to 35 percent victory – shocking.  This certainly helped.

But was that whopping turnaround cause or effect?  And was there something else?  Something beyond Wisconsin is afoot.  With professionalism and attention to detail, Cruz won 69 percent of Utah’s vote, garnering all delegates.  He worked similar magic in North Dakota, securing 18 of 19 delegates.  In a workmanlike way, he won all of Colorado’s delegates.  So, in a matter of days, he secured walk-off victories in four states, with widely diverging demographics.  Maybe that is part of the shift.

Maybe it was the way he pivoted so smoothly into general election formation, at the close of his Wisconsin speech.  He challenged Hillary Clinton on terms that will keep her awake nights, if she is not already sleepless over FBI intentions.  Maybe it was the way Cruz elevated jobs and the economy, spoke convincingly of growth, reduced regulation, lower taxes that border security – inspiring those who put those issues tops.  Or maybe it was something else altogether, the injection of something new.

Getting little traction in this stretch, Trump switched up his staff, sidelined his campaign manager, and derided Republican State parties, the Republican National Committee and the long-established delegate system as “crooked” and “rigged” against him, although many states have used their system for decades, and all rules were announced last summer, if not before.

No, something else is afoot.  Cruz is proving himself a consummate, uniquely capable fighter, student of the rules, master of complex processes.  And the world is a complex place.  By contrast, gnawing doubts are eating at the Trump constituency. Trump supporters are beginning to see the candidate as not ready to lead, unable to digest a modestly complex set of rules, even when his own political fortunes depend on it.  He is openly stumbling.  Worse, he is flailing about and blaming others, his team, his opponents, his party, state parties, the state by state voters, the media, talk radio, the convention process – everyone but himself.

There is one last element in play, and it is a big one.  To understand this element, which is assisting the swell to Cruz, one must watch that Cruz victory speech in Wisconsin.  The speech was not Reagan at the Berlin Wall or Normandy, but it harkened to a better time, one in which Americans were “free to choose,” openly patriotic, more secure and more free, sure-footed and unafraid to be themselves, “a beacon on the Hill.” The speech appealed to Reagan Democrats and working Americans, but there was more.  Heidi Cruz.

What happened that night – and is likely to happen in weeks ahead – is that a great candidate came into his own.  And his wife, a working mother and professional, confident, full of character and caring, utterly captured the crowd.  When Ted Cruz lovingly introduced his wife as his “best friend,” and spontaneously asked the crowd if she would not make a wonderful First Lady, the place exploded.  That kind of reaction to a future First Lady has not shown itself for years.  Maybe it was the attacks by Trump on women, including Heidi. Maybe it was her charm, but those moments are rare in politics.

What does “The Heidi moment” mean?  A lot.  It means that Americans – that night and in the weeks ahead – are waking up to team, a husband and wife of enormous depth, intelligence, character and good will.  Ted Cruz is more than a cogent debater and smart strategist, presidential and ready for battle.  Heidi Cruz is more than a thoughtful Mom, wife and professional woman.  The two of them, together, are what we – as Americans – have been hoping on.  When the final chapter of this race is written, New York will not matter.  The inflection point of the race was that speech, that night in Wisconsin.