Rich Galen
|
Posted: Dec 29, 2016 12:01 AM
Share   Tweet
The opinions expressed by columnists are their own and do not necessarily represent the views of Townhall.com. 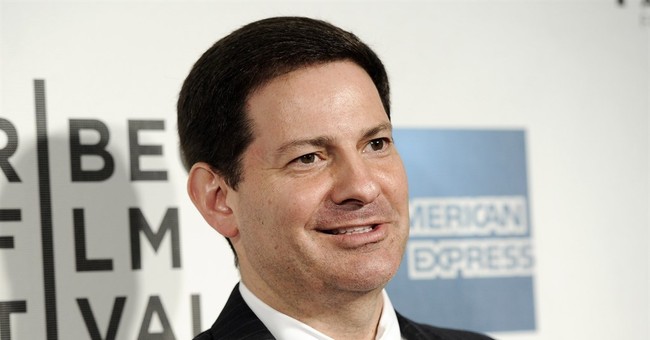 Three weeks from tomorrow - the Trump era will begin. That means the Obama era will come to an end.

At this time one year ago, Barack Obama's approval rating was four percentage points underwater, 46-50 according to the Gallup Tracking Poll. Then, the calendar clicked over into the Presidential year, the spotlight turned to Trump, Clinton, Cruz, Rubio, Sanders, et. al. and Obama's approval ratings rose in the shadow thus created.

The President has deluded himself into believing the nation has finally come around to understanding what his Presidency has been about. All it shows is that the American public thinks he's better at this than Hillary Clinton would have been, and Donald Trump might be.

Obama has been prickly his entire Presidency. In a press conference held in June 2011 he was so peevish about the Congress' admittedly playing politics with the Debt Ceiling (again) that journalist Mark Halperin called him "a dick" on MSNBC's Morning Joe the next morning.

Halperin was being pressed by show host Joe Scarborough to say what he really thought. Halperin specifically asked if the 7-second-delay was on that morning and was assured it was. An engineer in the booth missed the opportunity to bleep it.

I didn't remind you of that to embarrass Mark Halperin whom I have known and respected for decades. It was to remind you that President Obama has that personality quirk.

Last week, in a surprise reversal, the United States allowed an anti-Israeli resolution to be adopted by the UN Security Council by abstaining from the vote, rather than vetoing the resolution.

That led to Secretary of State John Kerry delivering a 70-minute defense of that action yesterday.

The last time we were treated to an impassioned Kerry defense of Obama policy was to make the case for closely targeted air attacks on Syrian positions after Syrian President Bashar al-Assad had used chemical weapons against the rebels in defiance of Obama's warning that, according to FactCheck.org:

"the use of chemical weapons by Syrian President Bashar Assad would cross a 'red line for us' and might trigger a U.S. military response."

The red line was crossed on August 21, 2013 when a chemical attack killed approximately 1,500 people in a suburb of Damascus.

Faced with making good on his threat, Obama abruptly changed his mind leaving his Secretary of State looking like a moron and creating a power vacuum into which the Russians raced changing Vladimir Putin's calculus in dealing with Obama for the rest of Obama's Presidency.

About seven months later, in March of 2014, Putin annexed Crimea, which previously had been part of Ukraine and, because Obama was out of the red line business, America did nothing.

Getting back to Obama's dealings with Israel, everyone with any sense understands that Obama ordering his UN Ambassador, Samantha Power, to allow the resolution to go through had little to do with a shift in U.S. policy (with three weeks to go in his Presidency) and everything to do with getting even with Israeli Prime Minister Benjamin Netanyahu's defying Obama by coming to the United States in March of 2015.

The reason Netanyahu came to the US was to, at the invitation of Speaker of the House John Boehner, to address a Joint Session to make his case against the upcoming deal between Obama and Iran.

Whether you thought Netanyahu's speech was a good idea (I didn't) or whether you agree with the continue building of settlements (I don't think I do), we expect more out of our president - whether he be named Obama or Trump - than petulance.

According to reporting by the LA Times' Michael Memoli (with the enviable date line: Reporting from Honolulu":

"President Obama personally directed on Friday that the U.S. abstain" from voting on the UN resolution.

Having partaken of the revenge served cold, Obama showed that Mark Halperin was correct all along.

Lad Link: Here's @ReedGalen's look - far more scholarly then anything I could have written - at how everyone missed so badly on Trump's election and what we might expect moving forward. HERE.

On the Secret Decoder Ring page today: Links to the Halperin appearance on MSNBC, to the Gallup Job Approval page, to CBS's look at Netanyahu's speech, and to the LA Times piece.

The Mullfoto is of an office bustling with ? no one ? on the Thursday before Christmas.