Rich Galen
|
Posted: Apr 18, 2016 9:16 AM
Share   Tweet
The opinions expressed by columnists are their own and do not necessarily represent the views of Townhall.com. 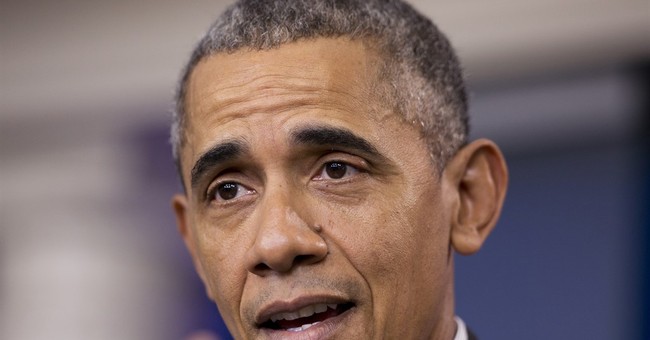 President Barack Obama, who can now count the remainder of his Presidency in months (nine months to be exact) is going overseas to, if not mend fences, then to attempt to fix large holes in his legacy.

He will be traveling to Saudi Arabia, England, and Germany, allies all.

When it comes to American allies, we tend to believe that they should act in a way that furthers America's interests. In the case of the Saudi's we sell them military equipment and share intelligence and we expect the Saudis to use them to keep Iran at bay.

We want the Brits to stay in the EU because it serves our interests. We have a lot of American companies whose European headquarters are in Great Britain and we would not want to have to move the France or Germany or some other place with English is a second (or third) language.

As to Germany, well … they're Germany. With a GDP of over $3 trillion, they are the largest economy in the EU and are not shy about throwing their economic power around.

It is likely that the big news will be made in Saudi Arabia.

Newt Gingrich has said that "all nations operate in their own enlightened self-interest." The Saudis certainly do.

On the one hand they have been leading the charge to keep oil production among OPEC nations (plus Russia) at a high level to keep oil prices low. While that would seem to be a good thing for the industrial world, they have said they want to force U.S. oil producers to "lay down their rigs." The cost of production in Saudi is about $10 per barrel and the cost in the U.S. is closer to $36.

But, Obama is not going to Saudi Arabia to plead the case for the U.S. oil and gas industry. He is going to try and smooth over ruffled keffiyehs caused by his agreement with Iran and Obama's going back on his infamous "red line" declaration against Bashir Assad's use of chemical weapons in Syria.

Saudi Arabia is a majority Sunni Muslim nation, while Iran is majority Shia and the largest force projector of that sect. As scholar Anthony Cordesman said in the New York Times over the weekend:

"For Saudi Arabia [Iran] is always existential. For us, it's another regional problem."

The President is boxed in on where the discussions with the 80-year-old Saudi King, Salman bin Abdulaziz Al Saud, on issues of personal and religious freedom can go.

Given his having not just warmed relations between the U.S. and Cuba, but set the toaster to 11, without requiring the Cuban government do anything on personal liberties there, the Middle East press will be looking at every twitch and semi-colon in Obama's presentation.

As to meeting with the British Prime Minister, David Cameron, it is unclear whether a visit with President Obama will be helpful or harmful to Cameron's strong effort to keep the UK in the EU.

Brits will vote on June 23 on whether to remain in the European Union or not.

But, that comes on the heels of Obama's interview in the Atlantic Magazine in which he was quoted as saying the "special relationship" between the US and the UK was in jeopardy unless Britain spent at least two percent of its GDP on defense.

Obama also blamed what he called the "s**t show" that has become Libya because "Cameron soon stopped paying attention to the situation in the country because he was 'distracted by a range of other things."

ABC News suggests that his trip to Germany will generate "a warmer reception."

His major goal there, according to ABC will be to reassure allies on the issues raised by Donald Trump: NATO, barring Muslim immigration, and "retrenching alliances."

He is expected to help shore up Chancellor Angela Merkel's sagging popularity on the issues of refugees and trade, "two areas where the chancellor has faced intense pressure."

The best news for President Obama is the New York Primary tomorrow followed by five more primaries (including Pennsylvania) next week.

The results and analysis on both Republican and Democrat outcomes will likely overwhelm coverage of Obama's First Legacy Tour.