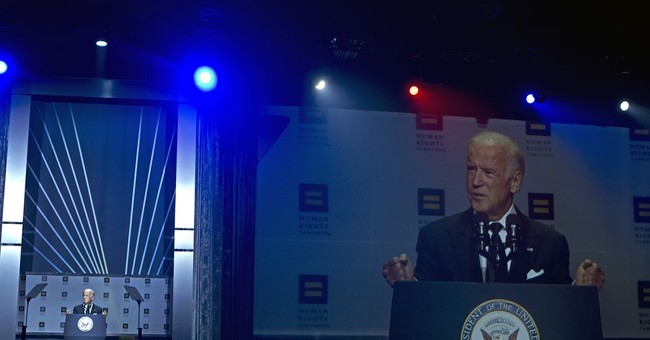 While the popular press is in a projectile sweat over the coming elections for Speaker of the House - both internally to the Republicans and then to the House as a whole - the campaign for the Democratic nominee for President is getting more and more interesting.

On the Speaker thing, I said to a reporter the other day that leadership fights have three elements:

- Everyone lies to everyone else because the voting inside the caucus is by secret ballot.

When the reporter challenged me on the third point, I said that if you asked 1,000 random Americans who did not work inside the belt way to name the Speakers of the House between Tip O'Neill and Newt Gingrich you wouldn't get five who could name any of them.

I'll wait while you try to prove me wrong …

Ok. There were two: Jim Wright and Tom Foley.

Over on the D side of the page we have the continuing saga of Hillary Clinton attempting to regain the momentum which, if she ever had, she certainly lost over the summer.

One of the interesting things about Keystone is, notwithstanding the Congressional approval which was vetoed by President Obama earlier this year, the final decision lies with (ta da!) the U.S. Department of State.

Who ran the U.S. Department of State for four years? Why, Hillary Clinton, of course.

Clinton is racing to her left as fast as she can not just in an attempt to regain her campaign's momentum, but to slow the momentum of her principal challenger, Sen. Bernie Sanders (Socialist, VT).

While the major national polls still have Clinton with a comfortable lead over Sanders, we know (as does the Clinton campaign) that a national poll doesn't mean much because it includes people who won't get to vote until March or even June.

The more telling polls are the state-by-state polls, especially in the early caucus and primary states like Iowa, New Hampshire, and South Carolina.

In Iowa, the latest NBC/Wall Street Journal poll has Clinton clinging to a just-outside-the-margin-of-error lead of five percentage points: 33-28.

In New Hampshire, that same poll has Sanders leading Clinton by a comfortable 14 percentage points: 42-28.

There have been murmurs among the cognoscenti in Our Nation's Capital that the Clinton campaign might throw in the towel in New Hampshire and stop spending money there.

That sounds, to my cynical ears, as that famous saying: Those who know, aren't talking; those who are talking, don't know.

In South Carolina, the latest poll (which is growing whiskers) has Clinton crushing Sanders 50-13.

So, the theory goes, the Clintonistas lay down in NH claiming they didn't even try, then whip Sanders in SC so Hillary can declare herself the reincarnation of The Comeback Kid.

However, lurking just offstage is the Vice President of the United States, Joe Biden.

In that Iowa poll, Biden gets 22 percent of the vote. In New Hampshire, 18 percent. And, in South Carolina Biden comes in second with 19 percent; still far behind Clinton's 50 percent, but deep into double figures.

And, as you may have heard, Biden is not yet in the race.

Biden is like the backup quarterback on a bad NFL team: He's the most popular guy in the stadium because he hasn't thrown an interception, hasn't been sacked, and hasn't fumbled a single snap.

The first Democratic debate is looming on the horizon. In column on CNN.com, Mullpal Hillary Rosen writes:

"Hillary Clinton has one job in the upcoming CNN Democratic debate: She needs to convince Democrats that we don't need Joe Biden to enter the race to keep the White House."

Biden can declare his candidacy as late as October 13 - the date of the debate - and show up on stage. I wonder if CNN is building an extra podium for Biden just in case?

The smart money is still on Clinton to be the Democratic nominee, but there are a growing number of fans in the cheap seats who are beginning to chant Biden's name.

Reed Galen's column this week focuses on the GOP side of the ledger in his weekly column, It's My Party & I'll Cry if I Want To.