Price: Healthcare Reform Must Be Patient-Centered 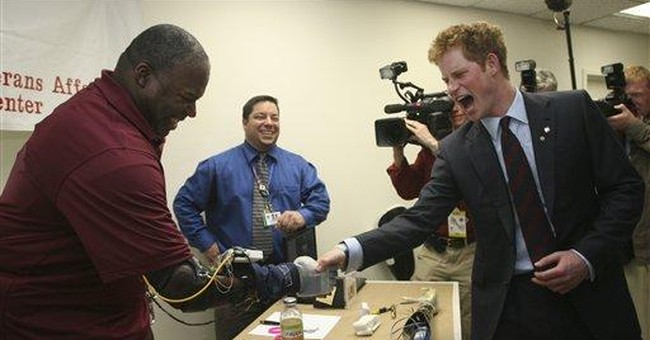 Right now, Republicans and Democrats on Capitol Hill are working to construct sweeping proposals to reform America’s health care delivery system. Some believe they are able to capture huge political good will with their demagoguery. With such a challenge, scores of ideas are being thrown around, often without proper scrutiny. As important as putting the right pieces in place to ensure patients have access to the best care, we must also fully understand the impediments to appropriate patient-centered health care that have been proposed.

To construct a sustainable, modern 21st century health care system, we must consider a wide range of ideas. There remain, however, a handful of destructive proposals that are gaining traction, threatening the future of quality health care in America. These include a government-run “public option”, mandating that either employers provide health care insurance for their employees or that individuals must, under punishment of law, purchase health insurance on their own, and reliance upon a national health care rationing board under the guise of a quality board. As these proposals would perilously harm a patient’s access to quality health care, they must not be a part of any responsible reform package.

Having learned a few things from their last health care debacle, Democrats recognize that a government-run system remains wildly unpopular. To get around this obstacle to Washington control, many Democrats, including President Obama, have proposed the creation of a “public option” to “compete” with private insurers. This is nothing more than a backdoor path to a government takeover of health care.

Since these public plans will be subsidized through higher taxes, private insurers will be at an obvious competitive disadvantage. As private plans will not be able to match the almost unlimited pockets of the federal Treasury, millions of Americans will be ushered and coerced into a government-run system, unsuspecting of the limits on their access to care. How long do we expect it will take CEOs looking to clean up their bottom line to suggest employees enter the public system?

Without a massive and costly penalty on employers for such a practice, we will see a dramatic shift from the private sector to the public roles. It is estimated that 120 million Americans would be crowded out of the personal, private care they enjoy if a public plan is implemented. Simply put, a public plan will almost assuredly put an end to personal private health insurance.

Consistent with their ideals of punishing people for making decisions contrary to the goals of Democrat leaders, Congressional Democrats have proposed mandating health insurance for individuals as well as demanding that businesses provide coverage for their employees. If the mandates are not met, both individuals and employers would face harsh financial penalties.

As a conservative, placing federal dictates over personal responsibility is always troubling. Yet the idea of a federal mandate is dangerous for a more important and less obvious reason. For the government to mandate the purchase or supply of health care, the government must first define what qualifies as “health care”. When the government threatens to fine an employer or tax an individual for non-compliance, it must first set a federal definition of care or coverage. This may seem like a formality, but it holds tremendous power over the ability of patients to access the care that meets their individual needs.

Certainly, a 55-year old woman with three children and a family history of breast cancer would have different health care needs than a single healthy 23-year old man. Yet with the federal government’s one-size-fits-all approach, these two would be forced to have the same coverage to satisfy a government mandate. Ushering a 20-something into a plan designed for someone 30 years senior is the type of inflexibility that leads to a severe lack of personal health care and destruction of the responsiveness that our health system demands. Such a system ignores the simple fact that different people have different needs – something unrecognizable to a liberal, leftist majority.

With all these efforts to place health care under the control of Washington bureaucrats, Americans are left to ask what they may expect with this new system into which they will be forced. This will be a form of rationing. More specifically: denied or delayed care, fewer choices of procedures, drugs and doctors, and decreased flexibility.

Flying under the radar in the President’s trillion dollar stimulus bill was a provision creating a "Council for Comparative Effectiveness Research." The council has been tasked with determining the cost and effectiveness of different health care treatment options. Should this council deem that a procedure or drug is too expensive, it would not be covered regardless of its ability to save or improve a life. A patient would not be allowed to receive life-saving care that would otherwise be available because Washington said "No!" It is noteworthy that not one of the 15 council members, appointed by this President, is an actively practicing physician.

As a physician I have seen first hand how government displaces patients from quality care, particularly through Medicare – our “public option” for seniors. Because governments view health care in terms of dollars and cents rather than patients and doctors, access to treatments, prescriptions, doctors and hospitals are all limited. In the end, the federal government, rather than doctors and patients, will decide what is appropriate health care.

While these three proposals are anathema to patient-centered health care, there remain positive solutions that can provide patients with universal access to the highest quality health care. Instead of a Washington-based command and control system, a 21st century American health care structure must allow for the flexibility of patients to purchase the care that best meets their needs, that provides flexibility and innovation, and is responsive to patients. Such a system is built upon dual pillars.

First, we must make health care affordable for all Americans. Once it makes financial sense for all people to be insured, we will see a level of coverage that is universal without government mandates. This can be accomplished through fundamental reform of the tax code. A positive solution employs targeted tax credits and deductions, offers tax equity for the purchase of care, and implements robust and active pooling mechanisms to increase purchasing power for patients.

Second, patients must truly own and control their coverage and care. Our current third-party delivery system means that insurers are accountable to an employer or the government. By placing purchasing power in the hands of patients, we will see the responsiveness, accountability, and flexibility that Americans seek. This is the only way to ensure that care is tailored to the needs of patients and their families, not the wishes of Washington bureaucrats.

As proposals on Capitol Hill take shape, a great many ideas will be offered from people with a wide range of perspectives. Yet one simple question must guide our efforts above all else: does this bring patients closer to care most responsive to them that is affordable and of the highest quality? As the American people engage in this battle of ideas through their representatives, we should all remember that it is empowering people, not the government, which has always led to a higher quality of living for all Americans. Following this imperative, we will see a positive, sustainable, patient-centered solution of which all Americans could support.

Rep. Tom Price, M.D. (GA-6), practiced orthopaedic surgery for over twenty years, and currently serves as the Chairman of the Republican Study Committee.