* a limited and Constitutional role for the federal government,
* a strong national defense,
* the protection of individual and property rights,
* and the preservation of traditional family values.

The RSC reviews each piece of legislation under consideration on the House floor using six guiding principles. 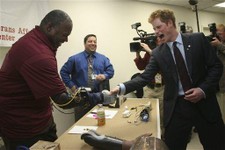