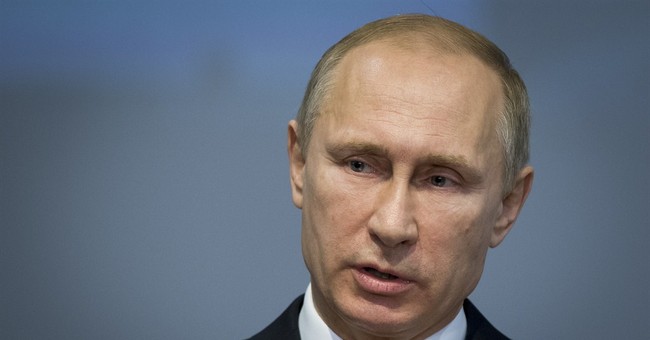 Federal prosecutors have filed espionage charges against three Russians allegedly working for Russia's foreign intelligence service, SVR. The only one without diplomatic immunity was arrested in the Bronx, N.Y., on Monday, while the other two have left the U.S. The federal complaint reveals some amusing realities of modern espionage.

-- Spying isn't terribly exciting. One of the defendants, Evgeny Buryakov, is alleged to have worked under non-official cover (NOC) for a Russian bank in Manhattan, liaising regularly with two NYC-based Russian diplomats, Igor Sporyshev and Victor Podobnyy, posing as a trade representative and a United Nations attaché. Buryakov's focus seems to have been economic dumpster diving, not nuclear or military secrets. A conversation noted in the complaint between the latter two suspects reveals disappointment that the work isn't exactly the sort of thing you see in "movies about James Bond." One of the defendants lamented not even getting a cover identity: "Of course, I wouldn't fly helicopters, but pretend to be someone else at a minimum." The other replied: "I also thought that at least I would go abroad with a different passport."

-- Catching spies isn't too thrilling, either. The 26-page federal complaint reveals a long, slow, painstakingly detailed operation and subsequent analytical "proof." It isn't exactly "Mission Impossible" -- rappelling down the sides of buildings and running clear of explosions in the nick of time. Real counterintelligence that gathers all the puzzle pieces necessary to file a complaint against a hostile intelligence asset is more like the work detailed in John le Carré's "Tinker, Tailor, Soldier, Spy." A typical iTunes customer review of the movie based on le Carré's book captures the essence of counterintelligence work: "Excruciating. Long. Boring. I wanted to poke my eyes and eardrums out with a sharp stick."
CARTOONS | Tom Stiglich
View Cartoon

-- Some spies don't have a very firm grasp of the job description. One of the defendants is quoted in the complaint as saying that the 10 Russian spies deported in 2010 "weren't doing (anything) here," and that they didn't "get any materials," as if their only task was the collection of intelligence. His view of their assignment apparently came straight from Hollywood, with Russian agents sneaking around stealing nuclear codes. Former KGB officers have disclosed that subversion and influence constitute the majority of intelligence work. That the Anna Chapman spy ring had been getting closer to high-level U.S. officials before being caught in 2010 was no doubt pleasing to KGB officials.


-- Some spies aren't too good with the ladies. The complaint highlights a defendant's experience trying to recruit potential female sources: "I have lots of ideas about such girls, but these ideas are not actionable because they don't allow (you) to get close enough. And in order to be close you either need to (have sex with) them or use other levers to influence them to execute my requests." Mission impossible, apparently.

-- Russian spies have an impressive grasp of Wall Street culture. To quote one of the accused Russian spies on his recruitment of a potential intelligence source in New York: "For now his enthusiasm works for me. ... I will feed him empty promises. ... You get the documents from him and tell him to go (expletive) himself. But not to upset you, I will take you to a restaurant and give you an expensive gift. You just need to sign for it. This is ideal working method."

-- Russian spies aren't very adept at risk management. Buryakov, the NOC banker, was invited to meet with the representative of a wealthy investor looking to develop casinos in Russia. The representative was, in fact, a confidential FBI informant. Buryakov referred to the invitation as "some sort of ... nonsense." One of his handlers allegedly said it might be "some sort of a setup" -- but allowed the meeting to take place anyway. What is that? Some kind of espionage Russian roulette? For all that risk, Buryakov allegedly left that meeting with two government documents: an unclassified list of Russian banks that could potentially be sanctioned, and a list of Russians who had been sanctioned by the U.S. Treasury -- information available to anyone who can use an online search function. Hope that open-source treasure trove was worth it, comrades.

Reading the federal complaint leaves you wanting more. Based on the FBI's details about the whole affair, it would have made for great reality-TV comedy. The only thing these Russian spies appeared to have been subverting was the sexy image of espionage work.