Citizens Against Virtually Everything 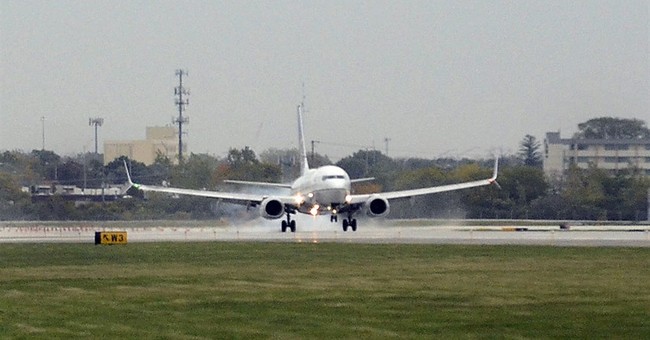 Things are up to date in Kansas City — politicians are going about as far as they can go.

Unless the people get in the way.

But, but . . . “the people are the fountain of all power,” James Madison, father of our Constitution, wrote . . . well, quite some time ago.

Whether the public is smart enough to yearn for it or not.

And, before we get into the thicket of Kansas City innovation, let’s all recognize that it’s only right and fair for all the elected officials (our servants, truly) to be rewarded for their arduous and painstaking work in allocating taxpayer dollars to this spectacular spray, with their names chiseled in stone in a prominent place close to the spout. Where the adoring masses might catch a glimpse of their greatness.

America — and really, what is America but cities and towns? — must never rest on her laurels, but always be improving. Growing. Metastasizing. And, specifically, what job do politicians have if not to prevent us from ever resting?

Ah, think about the economic growth spurred by these modern Solons steering the spigot of spending in ways far beyond our mere muggle tendencies toward savings, bill-paying and the occasional night out.

Cities need hotels, for goodness sake, people! We certainly can’t pretend the private sector will provide them. I’m sick and tired of having to sleep in my rental car on out-of-town trips.

Moreover, how will the unwashed masses ever find their way to such a fountain, much less our swanky brand-spanking-new hotel? Unquestionably, politicians must guide their path. And what better transport in this rapidly changing world than a state-of-the-art streetcar?

Sure, complainers can claim the technology is a century old. But consider it “retro.” Retro is very in, you know.

Still, what about folks who fly into town? Wouldn’t splurging a billion or so to upgrade and re-model the airport be a powerful statement validating the viability of our fair locale? Certainly, a city has to put its best face forward. Our political leaders often instinctively understand these things. That’s why they’re in charge of this huge fountain of money — er, people power — in the first place.

Throughout the land, one can see the brilliance of politicians seeking (so selflessly) to serve the people. Sometimes this service is not fully appreciated by foolish, uniformed citizens hell-bent on being “represented” (read: catered to) by politicians who, frankly, are awfully busy already — what with managing our lives and “investing” our tax dollars.

The last thing we need in the land of the free is a lot of backseat pestering of politicians by ungrateful citizens.

Nowhere have our political elites had to grapple with democracy-wielding malcontents more than in that “Paris of the Plains,” Kansas City. There, an ongoing battle between Mayor Sly and the informal group known as Citizens for Responsible Government, a group of urban guerrillas using the dastardly democratic process, has jeopardized a development scheme, a project blessed by numerous (and well-paid) consultants.

Did I write “Mayor Sly”?

My apologies to anyone who might have been offended. Or anyone offended that more people weren’t offended. And, it almost goes without saying, all those completely outraged by this or any other outrage. Nickname shaming has no place in our society.

Mayor James loves Kansas City. He dreams of a shining newly remodeled airport on a hill, a land of milk and honey and a new luxurious downtown hotel (to keep the others company), a hub in which the thrill of waiting for a richly subsidized streetcar is ubiquitous.

Yet, at nearly every turn, a group of pesky citizens, loosely organized as Citizens for Responsible Government (CRG), has blocked the march of progress envisioned by city officials. How? A 2013 initiative petition drive blocked the $1.5 billion airport renovation for Kansas City International (KCI). Through a 2014 initiative effort, voters soundly defeated a streetcar expansion. Just weeks ago, this same rambunctious, dream-killing mob of retirees turned in enough signatures to force a vote of the people regarding the $311 million plan for a new downtown hotel.

Dan Coffey serves as the spokesperson for CRG and claims, “This is democracy at work.”

For his part, Mayor Sly James kindly offers, “I respect the people’s right to voice their opinion, but . . . I’m going to fight for this hotel deal.” Spoken like a true man of principle.

“We started off a group of interested citizens that didn’t like the way things were going, particularly the way taxpayer money was being spent in Kansas City,” says Coffey, the malcontent spokesman of this all-volunteer NGO (non-governmental organization). “Everybody talks about it, but nobody does anything about it.”

Coffey and company have done a lot, making use of the radical, dangerous procedure of initiative and referendum, bothering people to sign petitions, then forcing poor uninformed voters to decide complex issues better left to their betters. These Kansas City citizens have clearly amassed way, way too much power.

Almost certainly, there’s a Sly one (or two) in your town who desperately doesn’t want to give citizens this much power.