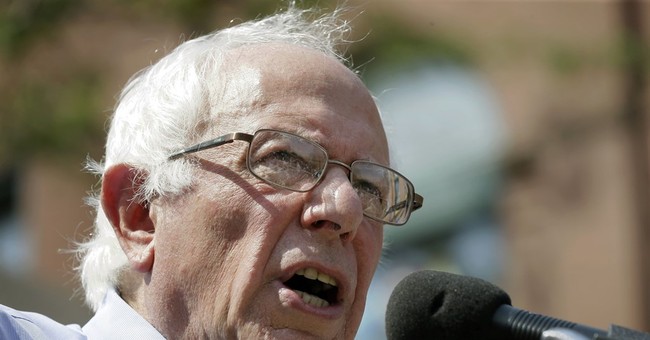 Bernie Sanders, Hillary Clinton’s main opponent on the Democratic side of Campaign 2016, is a demagogue.

My Democratic friends balk at this. How dare I use that word! They contend, in counter-attack, that the opprobrious moniker better applies to Donald Trump, the headliner on the Republican side.

But, no matter how different these men may be, rich-man Trump or career-politician Sanders, their differences don’t mean that only one of them can be a demagogue.

Both can be, and are, demagogues . . . though of different stripes.

A demagogue, my dictionary says, is a political leader in a democracy who appeals to the emotions, fears, prejudices, and ignorance of the lower socioeconomic classes in order to gain power.

For Democrats— and for most libertarians — the charge sticks to Trump because of his relentless anti-immigrant stance, his harping on the crimes of illegal immigrants coupled with his economic protectionism and fear-mongering regarding China, and his simple-minded personality cult, with so little emphasis on policy and principle, and his “huge” emphasis on him being a better “negotiator” and strong man than any of his opponents, left or right. A Democrat — particularly a progressive one (and sometimes it seems like all Democrats, these days, are progressives of one sort or other) — sees the boasting, chest-beating aspects of his style as repulsive and low-brow, and the emphasis on the personal habits and threat potential of immigrants and foreigners as not only fear-mongering, but as frank appeals to hate. And maybe (dare we bring it up?) racism!

But since Trump is himself a plutocrat with experience on the business side of the Big Business/Big Government scheme (call it “crony capitalism,” for lack of a better common term), his appeal to the “lowest” socioeconomic class is not quite there. His appeal is mainly to middle-income groups, and to the average working person and taxpayer.

The charge of “demagogue” makes even better sense against Sen. Sanders. For here is a man who is not a plutocrat, who earnestly fights the plutocracy. He has made wealth and income inequality his main issue, and relentlessly attacks higher-income Americans as a source of America’s current woes — whose wealth Sanders targets as the cure (provided it goes through his hands, first).

But like Trump, his direct appeal to the very lowest socioeconomic class appear weak. His stance, so far, has inspired mostly college-educated middle-class folks and the boho community of ex-hippies, hipsters, and would-be “cool” people (the kind Greg Gutfeld writes about). But he uses the code-phrase “everyday working Americans” as a wedge, and the poor as an innocent shield, to advance what are, in fact, elitist solutions. Giving more power to government, and robbing the private sector of the means and opportunity to expand, means that the lowest socioeconomic classes would remain stuck in their ruts forever.

Indeed, though Bernie Sanders is a constant shill for an expansive Scandinavian-style welfare state, and though this is not really socialism in anything like a pure form, don’t ask a Democrat about this. Particularly, don’t ask the head of the Democratic Party, who apparently cannot explain the difference between the welfare state in America, and the Democrats’ support for it, and the slightly bigger and more intrusive ones in Denmark and Sweden, much less where the word “socialism” fits in all this. Though progressives laugh at libertarians and conservatives who have called Obama a socialist, they themselves are increasingly fine with the word, and Bernie has used it for the bulk of his career.

But though these folks, Bernie Sanders included, think that “socialism” is an appeal to the working person, their “proletarian” cred has never been very high. Like most self-professed socialists the Senator is only faux-prole, workingman manqué. Intellectuals, collegians and government workers have long dominated the socialist movement.

Instead, he appeals to the emotions, fears, prejudice and ignorance of those who, against all evidence, see more government only as a solution and never as a problem.

Bernie Sanders is a demagogue because he attacks the rich and proposes solutions that pretend to favor the lowest socioeconomic classes. And, like most socialists, he plays, demagogically, on his constituencies’

Par for the socialist course. And, never forget, “socialism” is the word Sanders himself chose.

For its historic demagogic appeal.