Robocalls and How to Stop Them

Paul Greenberg
|
Posted: Jul 06, 2016 12:01 AM
Share   Tweet
The opinions expressed by columnists are their own and do not necessarily represent the views of Townhall.com. 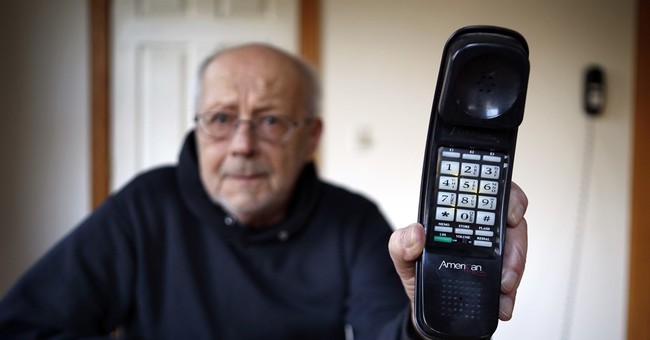 No responsible columnist is going to prejudge a case still in court, but that doesn't mean I can't root for one side or the other. Loudly. So here goes:

The question now before a federal judge here in Arkansas, the Hon. Leon Holmes, is whether this state's TSA, or Telephone Solicitation by Automation Act, is constitutional. Much like similar laws in other states out to protect their people's right to privacy. And even safety. For robocalls have become a national nuisance. And not just a nuisance but a danger. For they can tie up phone lines in an emergency and so prevent real help from arriving.

Here in Arkansas, the law bans those robocalls all of us get night and day. It explicitly bars any calls "for the purpose ... of soliciting information, gathering data or for any other purpose in connection with a political campaign when the use involves an automated system or the selection of dialing of telephone numbers and the playing of recorded messages when a message is completed to the called number...." All of which sounds like just the business one Victor Gresham, political consultant and general pest, conducts under the all too appropriate name of Conquest Communications.

Just who is being conquered by pests like Conquest Communications, or at least being held hostage in their own home? Every household with a phone. It's a national problem, for all across the country, robocalls have become a nuisance. According to its own website, Conquest Communications can gin up "millions of automated messages each day" to unsuspecting households. It's proud of this capacity when it should be ashamed of it.

Any attempt to stop Conquest from conquering the rest of us, so it claims, is a violation of its constitutional right to free speech. There's something worse than someone who keeps calling and won't go away -- and that's hiding behind the First Amendment when caught. It's like having someone ring your doorbell, insert his foot in your door, and subject you to a sales pitch. These days a man's home may still be his castle, but it's a castle besieged. These people need to go away, but instead they stay and stay.

There's a more basic right than free speech involved here. Louis D. Brandeis' is still one of the more honored names in the history of the U.S. Supreme Court, as well it should be. The founding fathers, he wrote in one of his many celebrated opinions, were out "to protect Americans in their beliefs, their thoughts, their emotions and their sensations...." And as part of that effort, they "conferred, as against the Government, the right to be let alone -- the most comprehensive of rights and the right most valued by civilized men." But now we're all told that outfits like Conquest Communications' right to hector us takes priority over our own right to be left alone.

Confronted by these conflicting arguments, Judge Holmes said he would leave the record in this case open for 28 days so that learned counsel could respond to each other's arguments. Maybe he just wanted to give each side a chance to pause and think without interruption. In this increasingly hectic world, such a chance is as rare as it is precious. And should be as protected by law as it is by the simpler code of good manners. Quiet, please, some of us are trying to think.