Let Us Now Praise Other Presidents

Paul Greenberg
|
Posted: Feb 18, 2016 12:01 AM
Share   Tweet
The opinions expressed by columnists are their own and do not necessarily represent the views of Townhall.com. 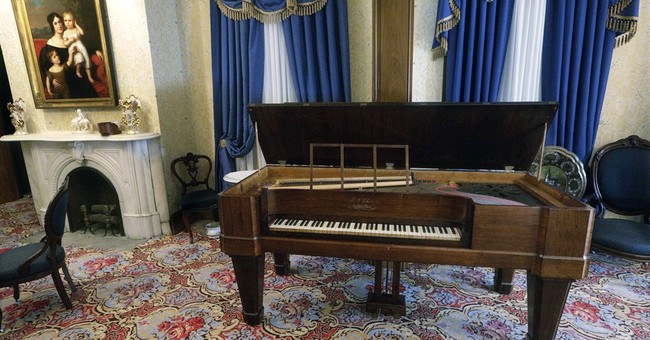 February is called Presidents Month for good reason: It's when the birthdays of the Big Two -- Washington and Lincoln -- are observed with due pomp and circumstance.

Let us now praise other presidents, too, ones who seldom get their due -- good, bad and indifferent.

John Adams, who kept the peace with France when the country was clamoring for war. Lest we forget, and we do, that peace has its victories no less than war does, and celebrate those, too. He was followed by ...

Thomas Jefferson, who promptly enacted embargoes and counter-embargoes against both Britain and France, inviting confusion, war and trouble in general. But to his great credit, Mr. Jefferson overcame his own strict-constructionist scruples and purchased not just New Orleans but the whole of the Louisiana territory as soon as he got the chance. There are few things so admirable and valuable in a president as an ability to rise above his principles. For the genius of American politics lies in its practicality, its reliance on experience rather than theory. But once Thomas Jefferson left the White House, the way was open for ...

James Madison, his longtime secretary of state, to plunge the country into the disastrous War of 1812 for all the wrong reasons: lust for territory, hatred of the British, you name it. And out of all that misplaced fervor and narrow calculation arose ...

Andrew Jackson -- the Indian fighter who was responsible for the infamous Trail of Tears and many another atrocity. Not to mention his unrelenting war on the Second Bank of the United States and the whole Hamiltonian vision of tariffs and roads and reassignment of the national debt. None of which Gen. Jackson understood, wrecker that he was. The result: He plunged the country into the Panic of 1837, a financial disaster like unto none other until the Great Depression of the 1930s.

Let us skip lightly if respectfully over those leaders of the opposition to King Andrew who should have been president -- like Henry Clay, champion of the American Way, whom Abraham Lincoln called his beau ideal. Every time his critics dismiss Marco Rubio as "only" a senator instead of governor, let us recall names like Webster, Clay and Calhoun, senators all, who dominated American politics in their brave attempt to hold the country together year after year, decade after decade, till the Union could not be saved from the zealots of each generation.

James K. Polk, the darkest of dark horses, aka Young Hickory because he was a favorite of Andrew Jackson's, wasn't nominated by the Democrats until the ninth ballot of their convention. He would prove one of the country's great presidents and remains one of its most underestimated. He fought the Mexican War, brought Texas into the Union and yet preserved the peace with Great Britain by compromising on just where the border with the Oregon territory should be drawn.

Let us pass over all those musty, bearded portraits of the 19th century when the issues boiled down to the tariff, pensions for Union veterans and little else till we come to Grover Cleveland, an honest man of principle caught between two feuding political machines and various zealotries.

Theodore Roosevelt, whose dramatic talents far exceeded his substance, was a war lover who won the Nobel Peace Prize by mediating between Russia and Japan -- quite a character in general. He would be succeeded by William Howard Taft, a man of substance in more ways than one.

Woodrow Wilson gave the country a centralized banking system at last in the Federal Reserve, but then was drawn into the First World War despite his promise to keep the peace, and then was intoxicated by his dream of a League of Nations that would provide peace and security for all, just as the United Nations is supposed to do today. It doesn't and never will because the nation-state is the fundamental building block of international relations, just as the family is that of society.

Presidents Warren G. Harding, Calvin Coolidge and Dwight Eisenhower did nothing in particular but did it very well, allowing the country to recover from the chaos of world wars on its own, and sure enough it did.

Franklin D. Roosevelt remains impossible to typecast. His appetite for power got the better of him after his landslide victory of 1936 when he proposed to pack the Supreme Court, but he did have the wisdom and foresight to prepare the country gradually and patiently for the Second World War.

Harry Truman understood early on that the country was entering the long twilight struggle called the Cold War, but not before he had left it woefully unprepared for the hot one in Korea.

Someone once said that if only one could understand Henry Ford, he would understand the American psyche, but who could understand him? The same might be said of Richard Nixon, for the last half-century might well be called the Age of Nixon, and it's not over yet. Dreamer, statesman, idealist and cynic by turns, the president who favored civil rights and opened China, ended the Vietnam War and saved Israel when it was on the ropes in 1973 remains a maze of contradictions, and this age is only a continuation of his. One of these days somebody may yet write his definitive biography, but who could define him? He was in the end brought down by his own paranoia. He saw enemies real and imagined everywhere, or as he summed it up: "I gave them a sword and they stuck it in and twisted it with relish. And I guess if I had been in their position, I would have done the same thing."

Ronald Reagan had to be the best president of our own age, an exemplar of patient resolve as he waited out the mess left by the Carter Years and then one threat after another abroad, initiating the collapse of the Evil Empire and with it the threat of nuclear war.

Come January 20, 2017, there will be another name to add to this almanac of presidents. Whose? That'll be up to you.