The End of History 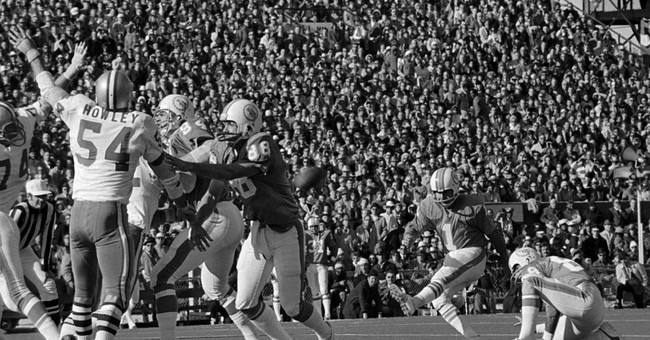 Think of a glorious, leaf-strewn fall afternoon on a football weekend in what was then a small university town in the Midwest, and how you could hear the roar of the crowd in Tiger Stadium clear across little Columbia, Mo., as it echoed and re-echoed. I never made it to a game, not being a football fan then or now. Instead, I had the deserted downtown all to myself those golden Saturdays, and could wander around it to my heart's content -- with no throngs of students crowding the streets. For I was definitely a fan of small towns, then as now.

"Bliss it was in that dawn to be alive/ But to be young was very heaven." It was as if I'd wandered into an Edward Hopper painting, probably "Early Sunday Morning, 1930." All was empty, quiet, full of light, concrete and material yet somehow supernal, realistic yet reflective. We forget the classical dictum that, without order and composition, without a respect for nature's symmetry, there is no art. Only a chaotic imitation of it.

It was the placid Eisenhower Era, and I was a young graduate assistant in history at the university, complete with a graduate assistant's inflated assessment of his sophistication and knowledge -- which was only heightened by my even younger students' almost complete blank when it came to their and their country's history. They might know the score of last Saturday's big game, but that was about the extent of it.

Years later, I would teach an introductory course in American history nights at UAPB in Pine Bluff -- or was it still AM&N back then? The older, wiser students with some experience of life behind them were the salvation of the class. They had lived through some American history themselves by then. But what if they had brought to the classroom only the usual jumble of ideological prejudices that dominate so much of today's political debates?

We may be about to find out thanks to an experiment in "higher" education out in California, which has been a preview of the American future till it's not. Now that state's educrats have decided that the next generation doesn't need a once required course in American history. Instead, students at Sacramento State University will get a course in anthropology, a catch-all category (The Study of Man) that can cover anything and everything, including the latest ideological fashions in political thought, if you could call it thought.

Joseph A. Palermo, a professor who taught the old course in history, notes a few details that the new course in anthropology omits: "... the Progressive Era, World War I, women's suffrage, the Great Depression, FDR, the New Deal, World War II, McCarthyism, the Cold War, the Korean War, the nuclear arms race, the Cuban Missile Crisis, the JFK assassination, Freedom Summer, the United Farm Workers Union, the Vietnam War, Stonewall, Watergate, Second Wave Feminism, the Iranian hostage crisis, the fall of the Berlin Wall, the Gulf War, globalization, the Sept. 11 attacks, and the wars in Afghanistan and Iraq." Among other things.

The professor's conclusion: "Swapping an anthropology course for American history will leave our freshmen and sophomores little understanding of how American institutions have changed through time, how events such as World War I and II transmuted those institutions, and how the historical context altered the balance of power between the branches of the federal government and contributed to the rise of the United States as a global superpower."

Ah, well, what are a few details more or less when it comes to what now might be better called lower education in America? No wonder Americans are regularly surprised by how little the next generation knows about its history. Not that it should come as a surprise considering how the history curriculum has been watered down year after year till it is reduced to the thinnest of gruels.

An old warning attributed to Thomas Jefferson still echoes, if ever more faintly: "If a nation expects to be ignorant and free in a state of civilization, it expects what never was and never will be."