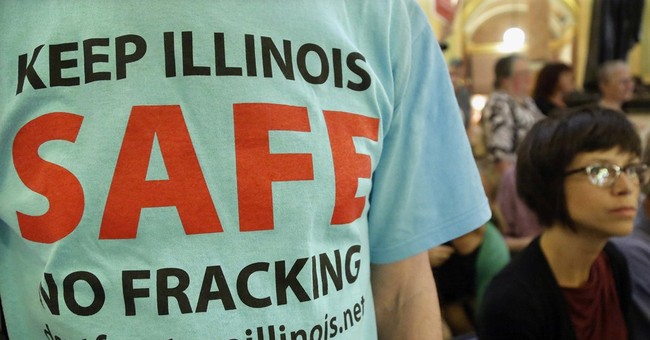 * The shale oil production boom could boost US crude production to 9.5 million barrels of oil per day (bopd) next year, reducing America’s crude oil imports to 21% of domestic demand, the lowest level since 1968. Output from fracked wells represents 43% of all US oil production and 67% of natural gas production; its oil could reach 10 million bopd by 2016, the Energy Information Administration says.

* The global economy saves $4.9 billion per day in oil spending because of the shale oil boom. Without it there would be a 3 million barrel per day shortfall and prices would likely be 55% higher: $150/barrel.

* Constantly improving hydraulic fracturing technologies continue to increase production. For example, Cabot Oil & Gas refracked a 2013 Pennsylvania well, increasing its output to 30.3 million cubic feet (mcf) of gas per day; that’s four times the output from the best well drilled in 2003. Fracking is even being used in decades-old onshore and offshore wells, to keep them producing for many more years.

* Rust Belt cities and industries – from manufacturing, real estate and law to hotels, restaurants and many others – are rebounding because of drilling, fracking and production in nearby shale areas. In Ohio unemployment fell to 5.7% in July from 10.6% four years ago; oil output increased 26% just from the previous quarter, while gas production rose 31% – generating billions in state and local revenues.

* The US oil and natural gas boom means jobs and business for almost 30,000 companies within the industry’s vast and complex supply chain. Indeed, the petroleum industry accounts for nearly 10 million jobs and almost 8% of all domestic economic activity, including states far from actual drilling activities.

* The American Fuel & Petrochemical Manufacturers launched a new website to help veterans and other men and women find high-paying jobs in the booming oilfield, fuel and petrochemical industries.

There are numerous other benefits, while the alleged risks are exaggerated or even fabricated. So what drives anti-fracking zealots who seem to emerge from under rocks whenever a new project is announced?

Follow the money – and the ideology. Big Green is big business. The US environmental activist industry alone is a $13.4-billion-a-year operation. It pours that money into determined campaigns to eliminate fossil fuels, gain ever greater control over our lives, reduce our living standards, and end free-enterprise capitalism. It employs clever but phony crises to drive its agenda: catastrophic climate change, unsustainable development, imminent resource depletion, poisonous frack chemicals and dozens of others.

Fracking obliterates its claim that we are about to run out of oil and gas – and so must slash our living standards, spend billions on crony-corporatist “renewable energy” schemes, and put radical green bureaucrats and activists in charge of our lives, livelihoods, living standards and remaining liberties. They are incensed that fracking guarantees a hydrocarbon renaissance and predominance for decades to come. They can’t even bring themselves to acknowledge that “frack gas” helps reduce carbon dioxide emissions.

Exaggerations and fabrications, confrontations and callous dismissal of other people’s needs are their stock in trade. In angry torrents of outrage and demands for total and totally one-sided precaution, they denounce any suggestion that fracking is safe or beneficial.

Whatever alternative technologies they support comply with their “precautionary principle.” Whatever they oppose violates it. They trumpet endless alleged risks of using fracking and hydrocarbon technologies, but ignore even the most obvious risks and consequences of not using them.

They tend to be well-off, and largely clueless about the true sources of modern living standards. They think electricity comes from wall sockets, food from grocery stores, iPhones from Apple Stores. You can count on one hand the number of farmers and utility or factory workers they ever met personally.

They are callously dismissive about people who are jobless because of their war on affordable energy – and about poor rural New York families that are barely hanging onto their farms, unable to tap the Marcellus Shale riches beneath their land, because these zealots detest fracking.

They are equally uncaring about the world’s impoverished billions, whose hope for better lives depends on the reliable, affordable electricity that drilling and fracking can help bring. Worldwide, 1.4 billion people still do not have access to electricity including 300 million in India and 550 million in Africa. Millions die from lung and intestinal diseases that would largely disappear if they had electricity.

What the frack is wrong with this picture? This is not the same environmental movement that

But what about their incessant claims that fracking contaminates groundwater and drinking water? Even EPA has not been able to cite a single “proven case where the fracking process itself has affected water.” A September 2013 report in the Proceedings of the National Academy of Sciences further confirms this. After carefully examining water wells in heavily fracked areas of Pennsylvania and Texas, researchers concluded that rare cases of methane (natural gas) contamination were not due to fracking.

Instead they resulted from improper cement and pipe installation near the surface, thousands of feet above the frack zone – a problem that is covered by regulations and is preventable and easy to correct. Petroleum industry and state officials are already collaborating to further strengthen the regulations where necessary, enforce them more vigorously, and improve well completion practices.

Moreover, some of the contamination resulted from water wells being drilled through rock formations that hold naturally occurring methane. Indeed, there have been very few cases of any contamination, out of more than one million wells hydraulically fractured since the first “frack job” was done in 1947, and out of 20,000 wells fracked in Pennsylvania since the Keystone State’s boom began in 2008.

Of course, none of this is likely to assuage anti-fracking factions or end their fictions. These zealots are driven by motives that have nothing to do with protecting people’s health or environmental quality. In fact, what they advocate would further impair human health and environmental quality.

The great Irish statesman Edmund Burke could have been talking about these “fracktivists” when he said: “Because half a dozen grasshoppers make the field ring with their importunate chink, whilst thousands of great cattle … chew the cud and are silent, pray do not imagine that they are the only inhabitants of the field … or that they are other than little, shriveled, meager, though loud and troublesome, insects of the hour.”

Unfortunately, these definitely loud and troublesome insects have also grown powerful, meddlesome and effective. So fracking supporters must continue to battle the anti-energy ideologues – by becoming better community organizers and persuaders themselves, to counter the anti-fossil fuel lies and insanity, and the destructive policies, rules and moratoria imposed by ill-advised or ideological politicians and regulators.

We fracking supporters are clearly on the side of humanity, morality, true sustainability and real environmental progress. We also know that – no matter how hard eco-activists despise it and rail against it – they cannot put the fracking genie back in the bottle.

America and the world have awakened to its potential – and to the critical need for this technology. Let us applaud this incredible progress, and champion it throughout Europe, Asia, Africa and worldwide.